Evelyn and I took a trip to the Westside of Columbus, that side of the city can sometimes be questionable but we headed that direction for an extremely delicious reason,
Donuts. 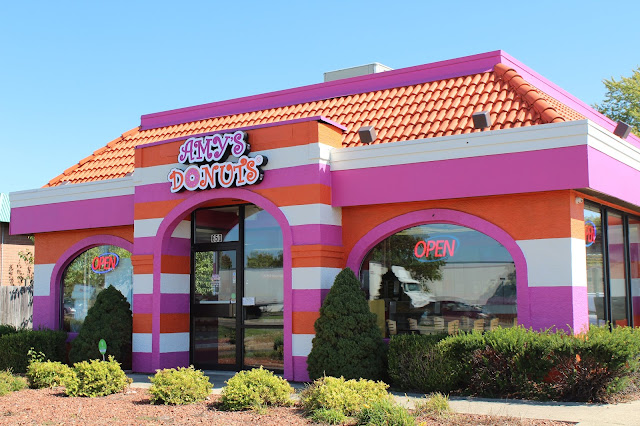 Taco Bell, I see you.
My personal event planner and the know-er of all things Columbus, Megan put together a fun tour of Amy’s Donuts for a group of us. When I say us, I mean she puts together these amazing little events for the lucky kids she Nanny’s for and all of her Nanny friend’s and their kiddo’s and I am lucky enough to get invited to attend these always fun gatherings. 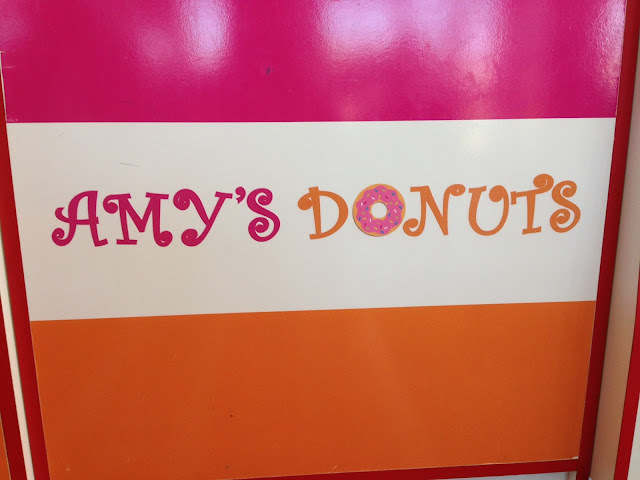 This week’s adventure is one I have been trying to forget ever since we visited. Seriously, I ate half (ok, three-fourths) of Evelyn’s donut and acted clueless to its disappearance when questioned by my three-year-old. And those warm, freshly glazed donut-holes, holy cow, heaven on earth! 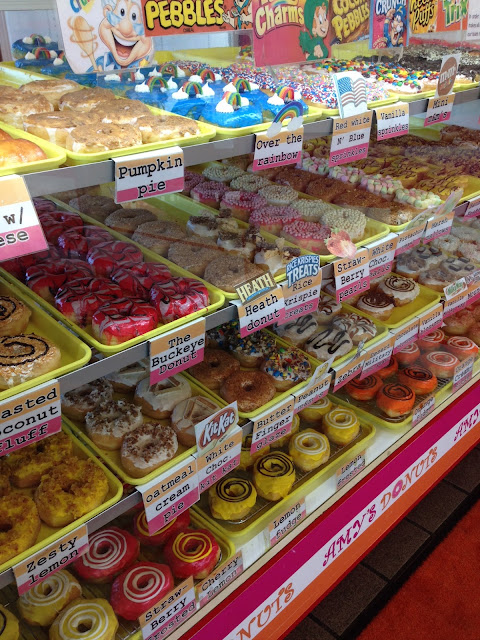 I have never seen so many different choices when it comes to donut flavors.
They had everything, I mean everything, including bacon covered donuts. 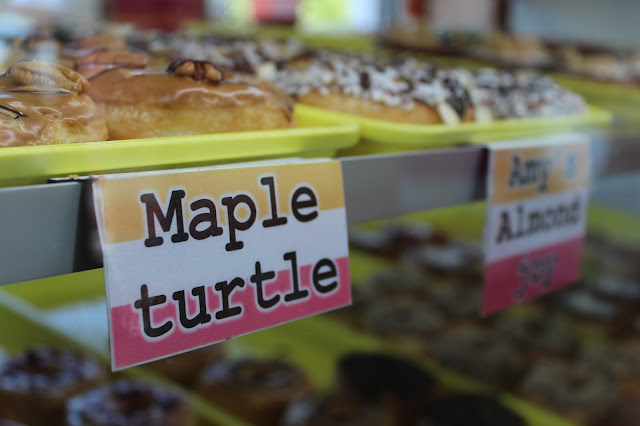 I literally couldn’t get too close to the counter because I would have ordered 2 dozen donuts with the quickness. They also would have all been consumed with the quickness.
I bought one bag of donut holes that consisted of 12 savory centers to the donut (because I’m not going to describe a savory hole, I can’t). Those 12 bites of donut lasted under 30 minutes.
I can’t be stopped. As soon as I could tear myself away from the array of donuts, I realized Amy’s Donuts had organized an amazing set-up for the kid’s. Each kid received two plain donuts to decorate to their heart’s desire. Tyra taught all the eager children how to properly dip the donut and get it covered and smothered in icing. I had actually never considered this technique of icing a donut but it was extremely efficient. 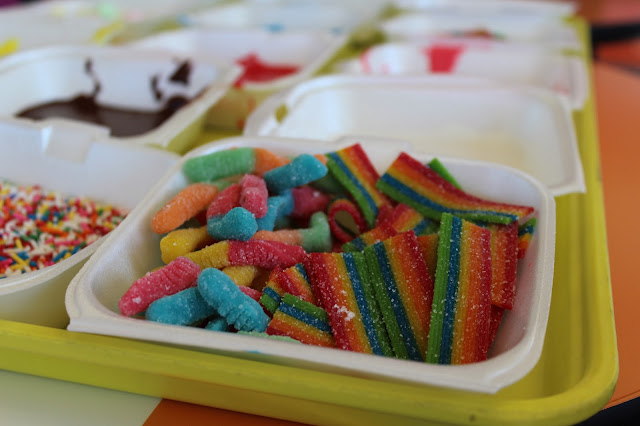 Then came the sprinkles, pound of M&M’s, marshmallows and as many gummy worms/rainbows Evelyn could cram onto her two red coated masterpieces. 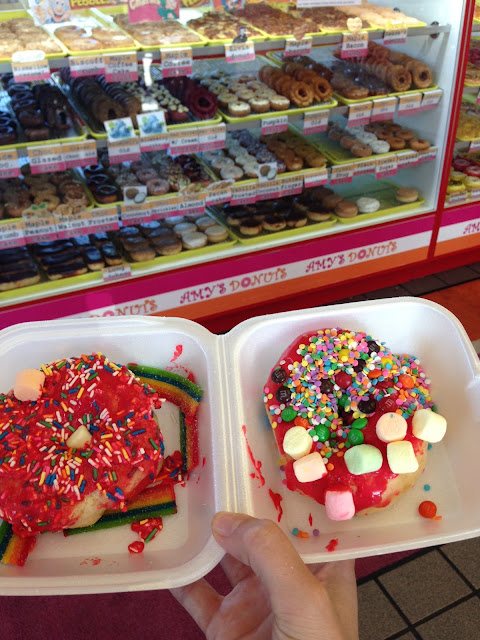 This is how our Donuts turned out, all of the rainbows and gummy worms already consumed, clearly. 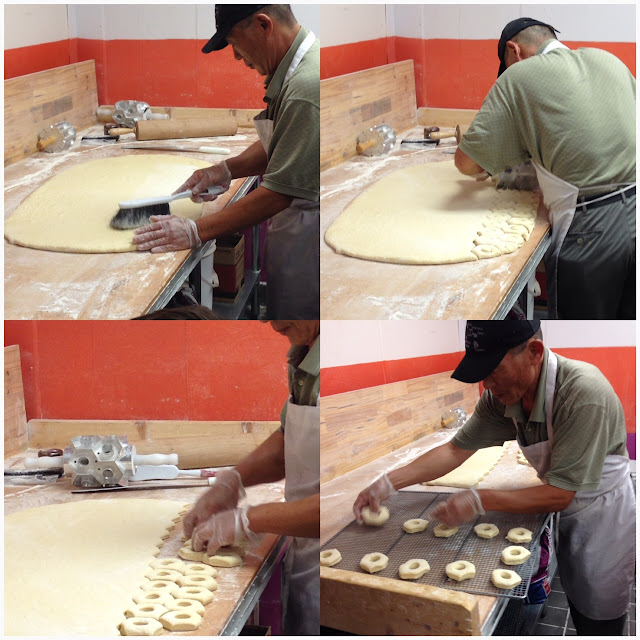 The second part of the tour was a step-by-step demonstration of how the donuts get made. Beginning with rolling out the dough, we watched them use the neatest contraption to cut and create perfectly round and even donuts. 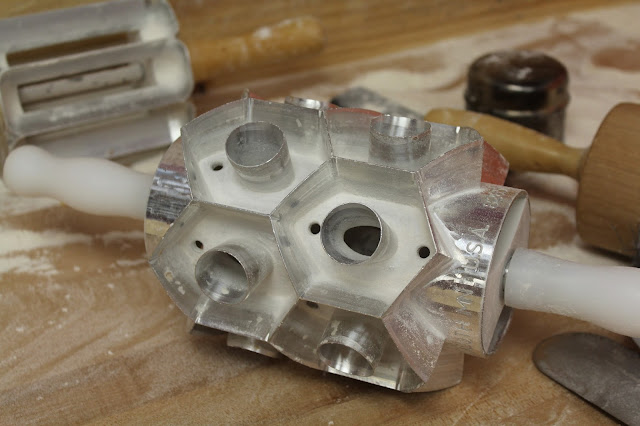 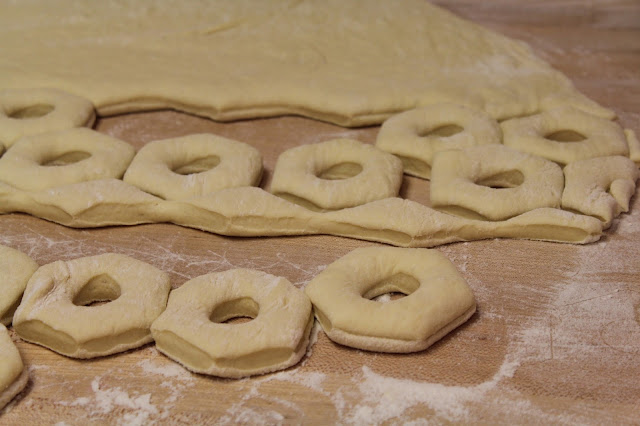 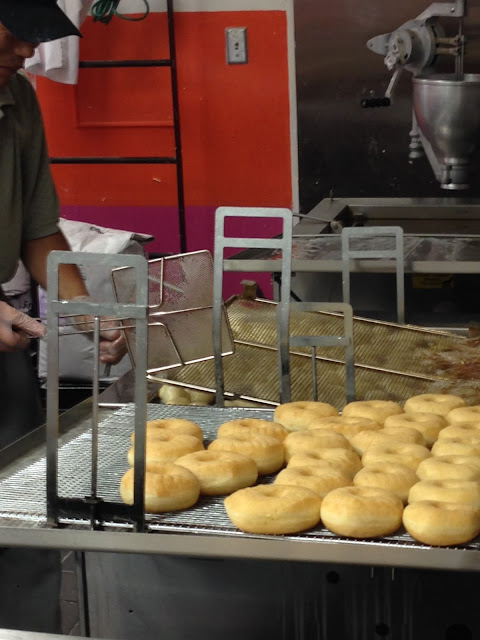 Frying donuts freshly baked donuts. The smell in this place alone. I can’t describe the deliciousness adequately.
Get a group together and take this FREE tour immediately. You’ll see what I mean. 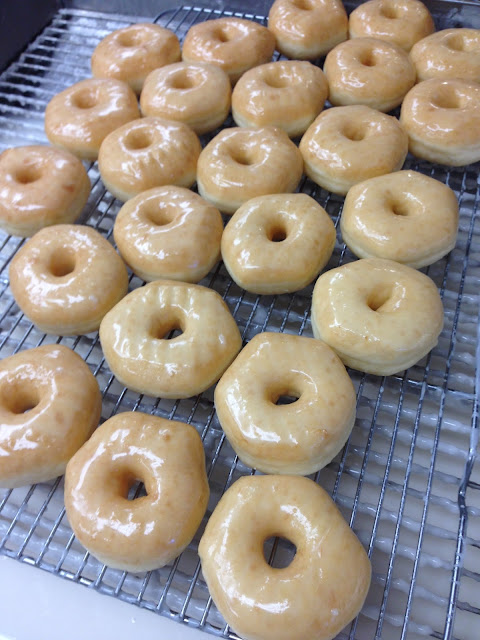 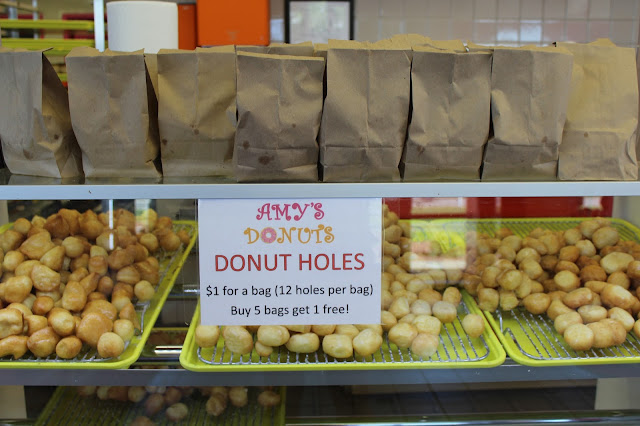 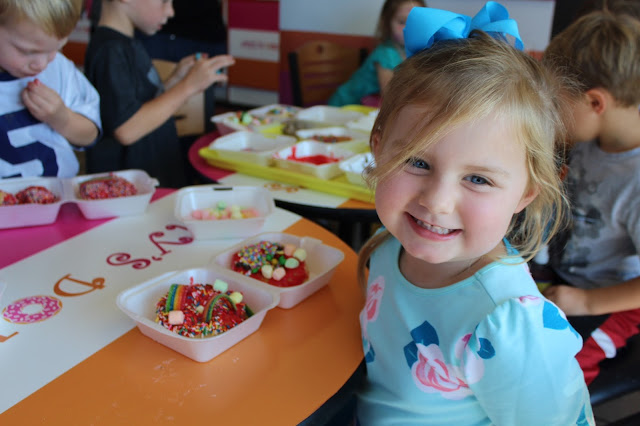 A seriously happy child whose 14 sugar coated rainbows deep and at least 9 gummy worms. And that was just the beginning!
Decorating donuts makes for some sugar-hyped but deliriously happy children. Thanks to Amy’s Donuts for being gracious hosts and providing us with such a fun experience. 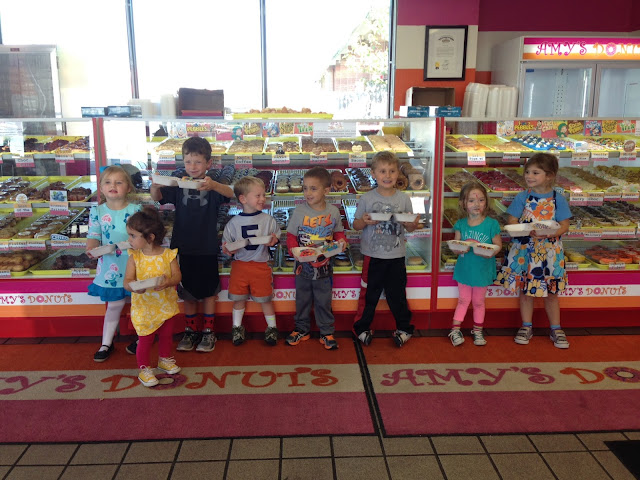