We were really hoping we never had another reason to write a post like this. Really hoping.
It was about 10:30 Thursday night when the show Manfriend and I were watching got interrupted to bring us breaking news. There had been an attack on Police in Dallas during what was meant to be a peaceful protest. More killings. Again. More innocent lives lost. Again. My heart sank. I ordered Manfriend to turn it off because I just can’t hear or watch another second and I went to bed.
That’s where I am right now with all this, I simply can’t take anymore. I can’t watch this great Nation run itself into despair over hate. I can’t sit idly by and take in another second of people who think violence and guns are the answer to everything. I can’t continue to raise a daughter in a world that is so overrun by opinions fueled from ignorance and hate, where we don’t stop long enough to grieve the lives we are losing before we start pointing fingers and guns at those we think are to blame. But at the same time I am also totally lost on how anything I say or do can honestly make a difference. 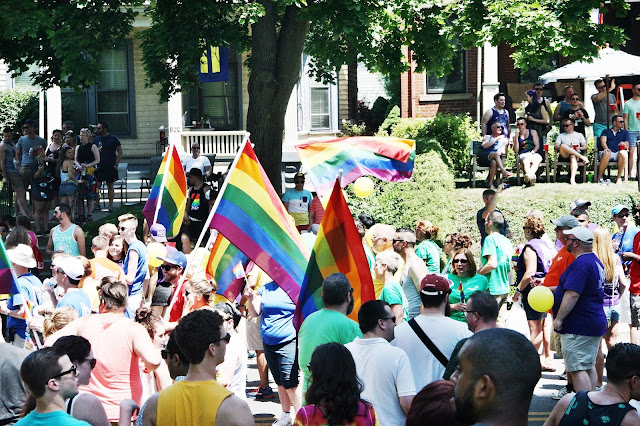 In bed, sleep eluded me and I lay wondering, why?
I am so angry. I am so sad. My heart is shattered and I am confused. And I know so many other Americans feel similar to the way I do. Yet these horrific events continue to happen. Orlando wasn’t even 30 days ago. Our Country hasn’t had the proper time to process or heal but then to be dealt another huge blow in the wake of such an awful tragedy.
Why are we killing each other? 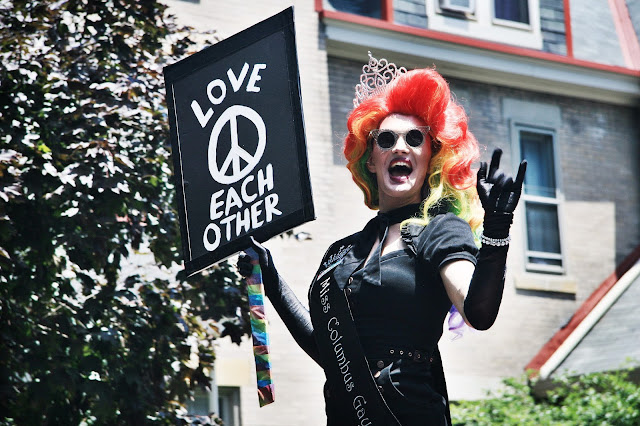 When did the love and acceptance stop? When did hate and ignorance become our go-to reactions?
People love to tell me all the time I’m too liberal. What I believe in, it can never happen. It’s all sunshine and rainbows and none of it is realistic. There is too much evil in the world, I have been told time and time again. I won’t give up on still trying to see the inherent good in people and what can come when we believe in the good over the hate.
I will also say this, for those who think I am too liberal and what I believe is so far from reach. For a long time I believed in a world where Love is Love. Love Wins. Anyone can LOVE who they choose to love. And then they can exercise these rights to love legally, in the eyes of God and in the eyes of our courts. For a long time people thought this was unattainable. For very personal reasons I always believed, hoped, supported, spoke out on what I knew in my heart was a right ALL human beings should have. And look how far we’ve come. Look what we have achieved!!!

Love Won. I hope it always will. 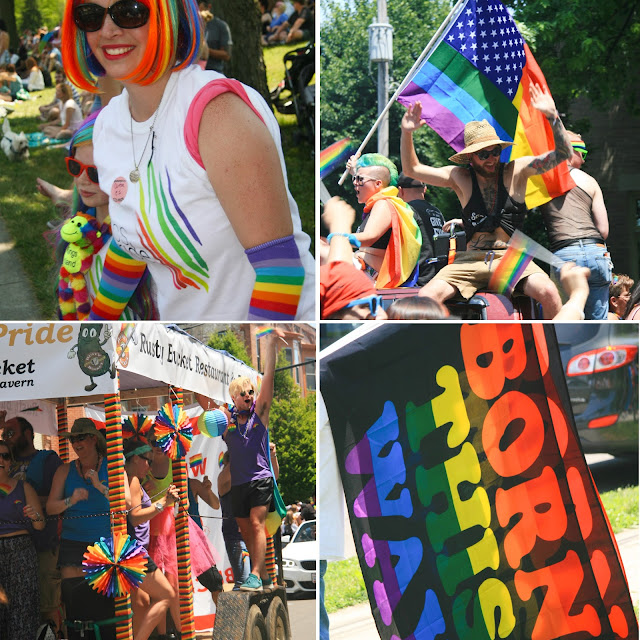 I witnessed this abounding love from people first hand a couple weeks ago at Columbus’s Pride Festival. I was distraught. My faith in the human race holding on by a thin thread. I headed to Columbus’s Short North Arts District to hopefully have my faith restored. At least catch glimmers of hope in the eyes of my fellow community members who had been rocked to the core like myself by the greatest mass shooting America has witnessed.
I’m not being dramatic or overly emotional when I tell you I walked around all day in 95 degree humidity with goose bumps, crying. There is good and love in this world! It was right there in Columbus surrounding me on that Saturday when I needed it more than ever. 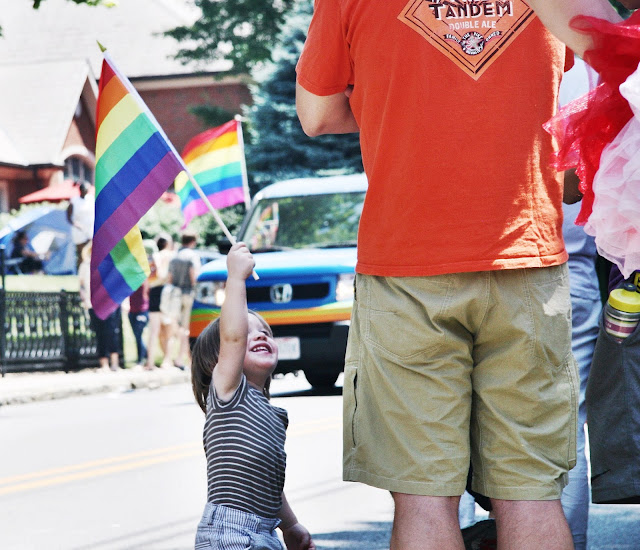 These problems that tear our Nation apart have become about race, religion and politics. And they’re rooted in hate. All of the topics you are not supposed to bring up, we need to be talking about MORE! And not just hurling our opinion’s at each other. We need to remain open to the ideas, thoughts and feelings of those who also make up the communities in which we participate.
We need to start with the smallest members of our community and not only teach them what it means to love, be accepting, be kind, compassionate and open to the world around them. We need to show them all of these things with our everyday actions.
It is so easy to be kind. Why aren’t we doing more kind acts and less pointing guns at each other? 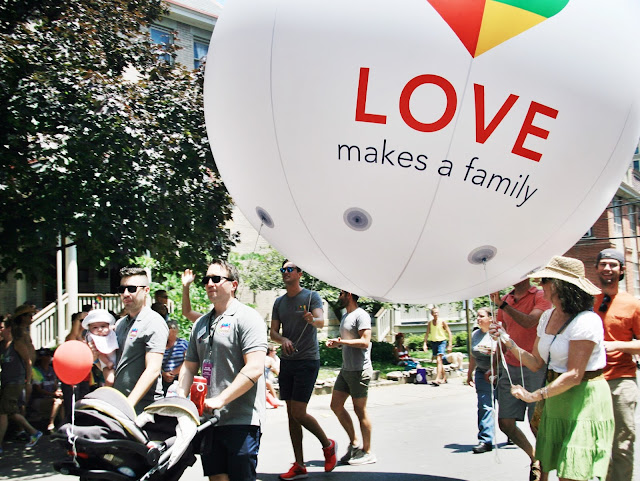 You keep your kindness and I’ll keep my guns.
If you, at any point have thought this or anything similar to it while reading this post, you should know you are a huge part of the problem we are facing. You should figure out how to become a part of the solution and conversation and it is not by hiding behind your ammo and guns. Let’s start by putting them down. 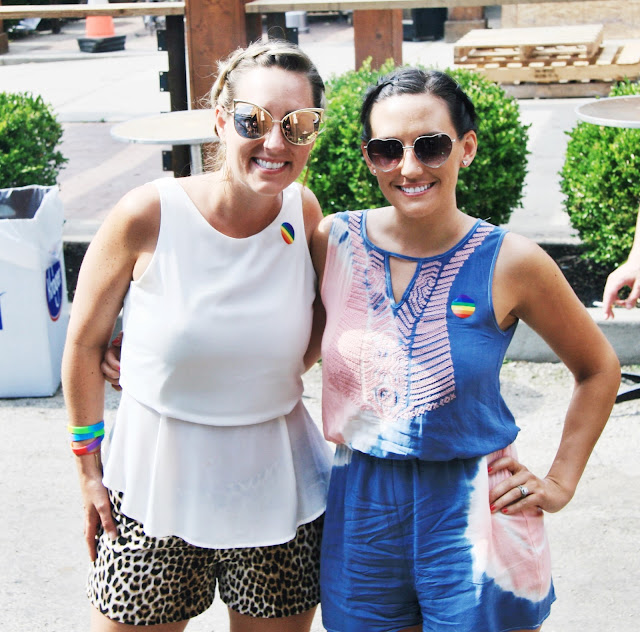 Don’t so many of us wish for the same kind of Utopia? A beautiful life, in which we can reside and raise our families? A world we can be proud to bring our children into and not fearful that they too might be in the wrong place at the wrong time. I know no Mother wants to fear that the color of her child’s skin, beliefs or who they are as human beings might dictate what hate crime they might become the victim of.

We have some serious issues in America that need addressed differently then the way we have been because it isn’t working. Guns, mental illness, systematic racism, sexism and that is barely scratching the surface. Which only aids in the overwhelming feeling of not being able to have a positive impact when you’re a single being.

Don’t give up hope! 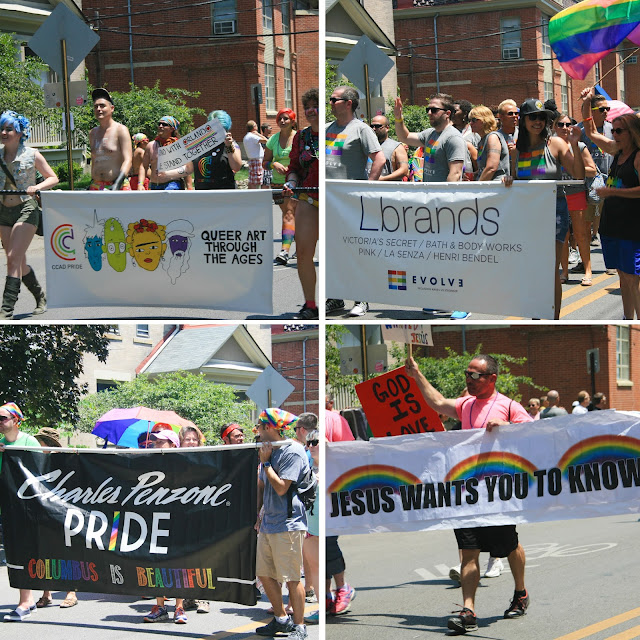 Hate has no boundaries and we are unfortunately learning that with each new tragedy that rocks our country to its core. But love is louder and I won’t stop believing it or preaching it! 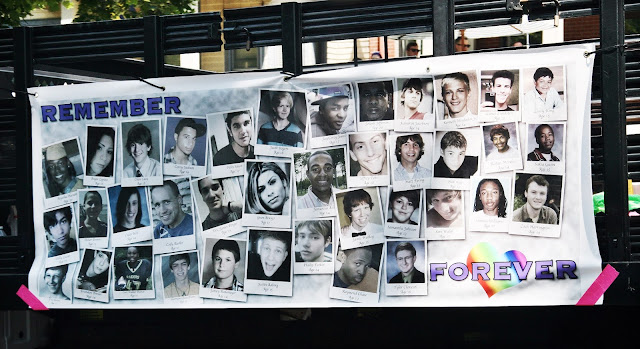 I wasn’t going to include pictures of the protesters from Pride. But just like us they have a right to be there. Their voices and opinions matter and I don’t hate them because they differ from mine.
As I was taking in their signs at Columbus Pride I started to get angry. Questioning how they could even be there? How can they stand and look human beings in the eyes and tell them that the God they believe in didn’t create everyone equal? How could this Great God that they love to grand stand about have created them so perfectly, yet overlooked the thousands who were born gay? 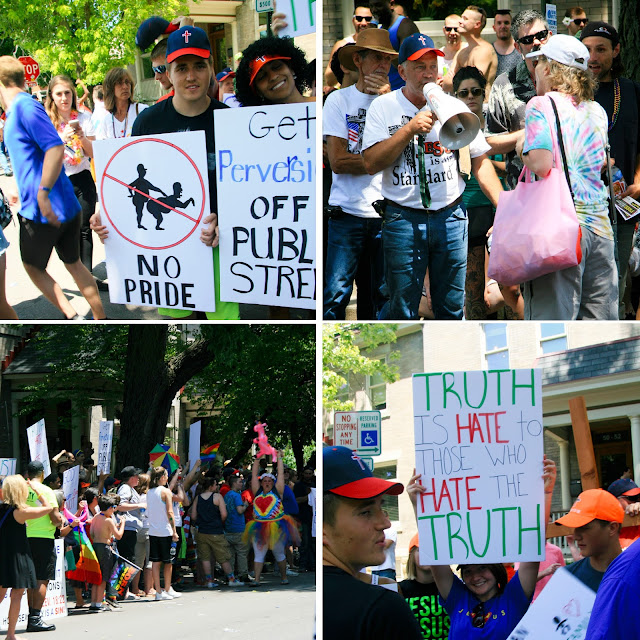 I was brought out of my growing anger by a new friend who quietly and poignantly reminded me, because they have the right to be there and speak their truths also gave all of us the right to be there and support ours. He was right, my opinion wasn’t anymore important then theirs it was just different. And these differences are what we are allowing to overcome us and drive the hate we are finding between so many Americans these days.

It still felt so good that we greatly out numbered them. Cue the girl in the tie-dye, rainbow tutu, holding the humping unicorns. We love you Gurl!

Hate and differences can’t keep winning. I don’t have any answers, not a single one. I thought as I worked through some of my thoughts and feelings writing this that some great epiphany on how to solve all the world’s problems and bring about world peace might come to me.  I haven’t. Like so many others I feel despair over our current situations and don’t know what I can do as one person to bring about change. I do know I will stand with and support those that are preaching love and acceptance. I will teach my daughter love and acceptance. And I will practice what I preach.