Robert Grimmett has overcome his fair share of hardships. Owner, curator and designer behind the Robert Mason Company, a heritage inspired supply store for living and working well. He has never let those hardships deter him from his clear vision of running a successful business while also allowing himself to be an intricate part of the creative and design process. 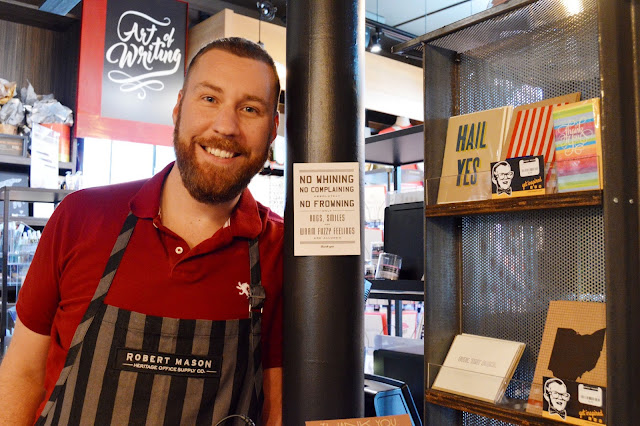 The story people are probably most familiar with is the one when his beloved company burned in an epic fire on Columbus’s Gay Street in 2014. As anyone who has just lost everything they’ve worked so hard for, Grimmett was unsure if he could rebuild what lay strewn in ashes.
With large support from the Columbus community Grimmett brought the Robert Mason Co. to Columbus’s Short North Arts District and began again in the spring of 2016. When you are perusing the carefully curated store on Brickel Street you will notice white tape like markings on the floor. This outlines and pays homage to the store that burned on Gay Street. Not the only impressive and thoughtful detail you will encounter as you walk through the old to get to the new. 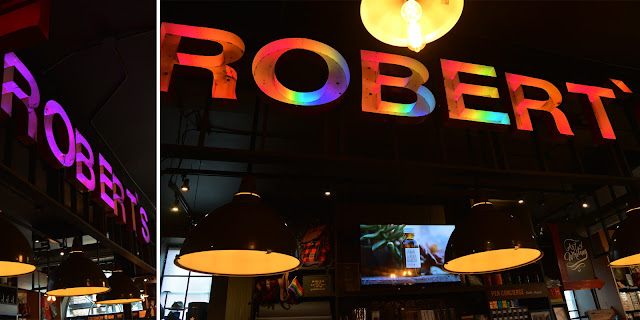 The story you don’t know and the one that Grimmett is hesitant to talk about but stern in his desires to start discussing more is the story in which he was the victim of a horriblehate crime. At the age of 21, already a successful entrepreneur, Grimmett was getting ready to leave a small town job in West Virginia to move onto bigger and better things. His fellow employees hosted a going away party for him, at the end of which they brutally beat him and left him for dead.
Grimmett is gay. Along with countless other incredible traits he possesses, Grimmett is gay and that is what lead the people he considered friends to beat him to the point where he was unrecognizable to his own family. Charges couldn’t be pressed because of some seriously shady shit that went down between the hospital, police department, and lack of a statement that Grimmett gave himself upon entering the hospital but was later nowhere to be found. Convenient.
As anyone can imagine the crime has had an everlasting impact on Grimmett and his parents who were his first two employees when it came time to expand the business he began in their basement at the age of 12. Nobody should have to walk around in this world being afraid of who they are, Grimmett admittedly says he sometimes still thinks too much about how he is being perceived in certain situations.
Just like the fire in 2014 when Robert Mason Company burned, Grimmett was wondering if he could rebuild within himself what other’s tried so hard to destroy. He sold his parent’s his business and headed to Chicago to fulfill his dreams of attending art school and satisfy the artist within himself. 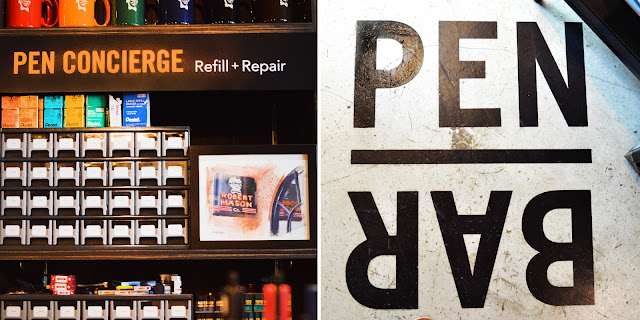 Learning and developing himself as an artist in Chicago only aided in further solidifying where his brand was headed with Robert Mason Co. Now settled in the Short North and confident in who he is as the Boss of Robert Mason, Grimmett’s work ethic, fabulous taste and expertise in branding are evident and create a beautiful retail and office supplies space. 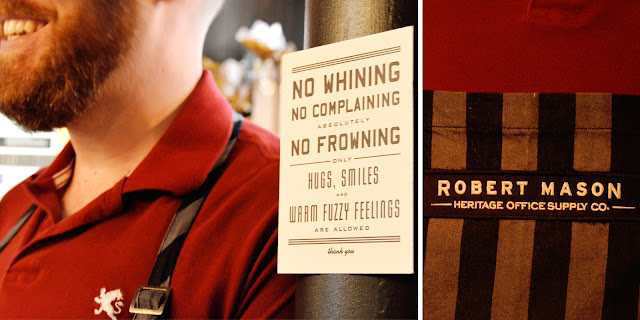 Gimmett’s passion for his brand, what he does, how far he has come, and who he is radiates out of him in the most positive ways. Anecdotes of positivity and reminders to be kind to one another are strategically placed all over the store. Further spreading Grimmett’s true nature of remarkable kindness. 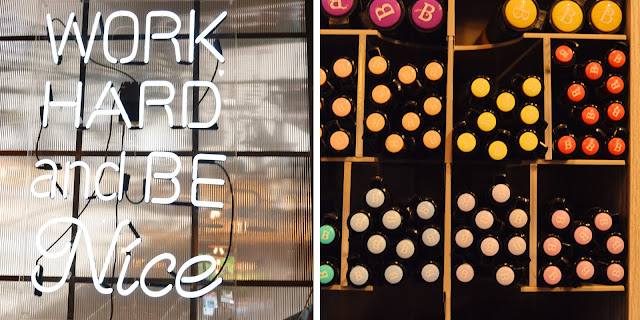 What some might consider to be an old time mentality, Grimmett truly believes in what he refers to as Robert Mason’s ‘shopkeeper service.’ He isn’t just trying to sling leather and make a buck, he truly wants to befriend his customers, develop a relationship and get to know them on a deeper level than just being a customer.
It’s no wonder when it came time for the Columbus Community to rally around a shopkeeper who was down in the ashes, literally, they stepped up. The Columbus Community would without a doubt not be the same without all of the uniqueness that Robert Mason Co. adds to it! 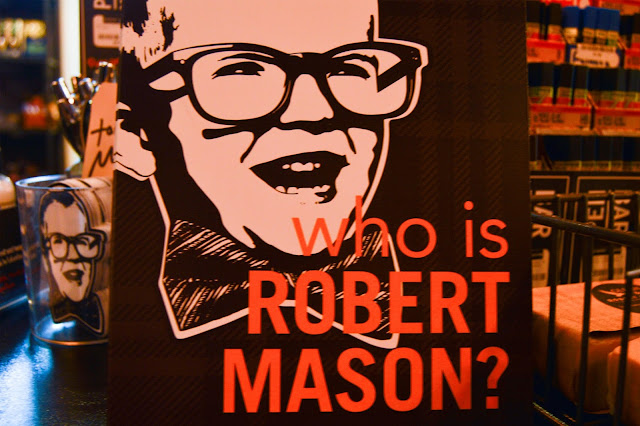 Robert Mason Co. also handcrafts gorgeous, one of a kind leather pieces. When the leather is cut nothing is wasted. Leftover leather from the bigger pieces made first are re-purposed into journals and other smaller accessories. The last very last and smallest pieces are used to make the coolest leather wristwear, appropriate for anyone who wants to look fierce!
More on the leather wristwear at the very bottom of the post. {Hint. Hint} 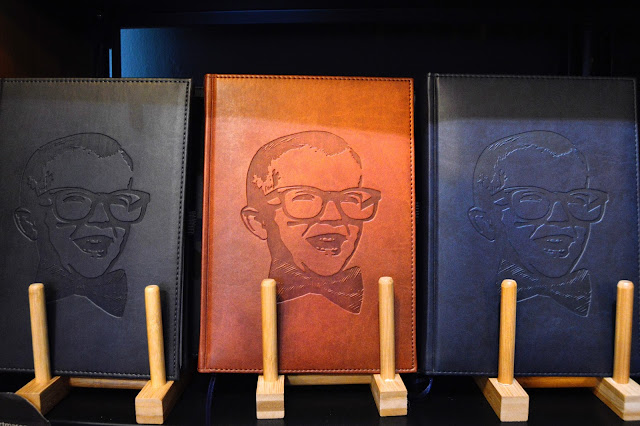 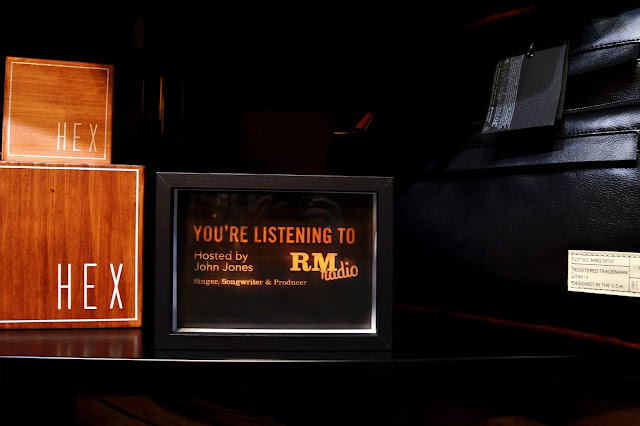 Stepping into the Robert Mason Co. store is like taking a step back in time to a different era. The first thing that will engulf you when you are welcomed in is the smell. A smell that has been specifically crafted to compliment the Robert Mason signature look.
Another detail that has not gone overlooked by Grimmett and has also been mindfully picked with the Robert Mason customer in mind is the music. Robert Mason radio plays throughout the beautiful merchandise aiding in the old Renaissance ambiance of the delicious smelling store. 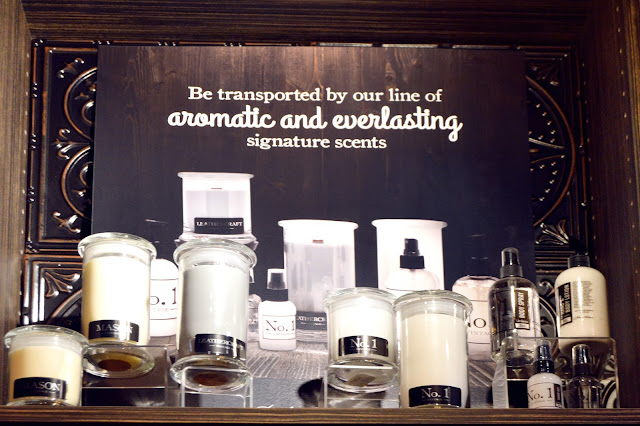 Basic Columbus are not the only people who walk into Robert Mason Co. and instantly begin drooling and want to purchase more the more they see.
Express for men, the nationally known retail store, headquartered here in Columbus has also begun offering Robert Mason pieces, such as the leather wristwear. 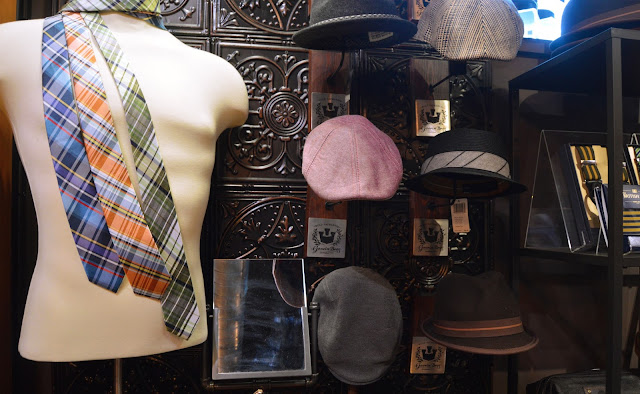 Make sure to pop into the Robert Mason Co. next time you’re in the Short North area!
It’s like Target, be prepared to step into a store and realize there were SO many things you never knew you needed and had to have. 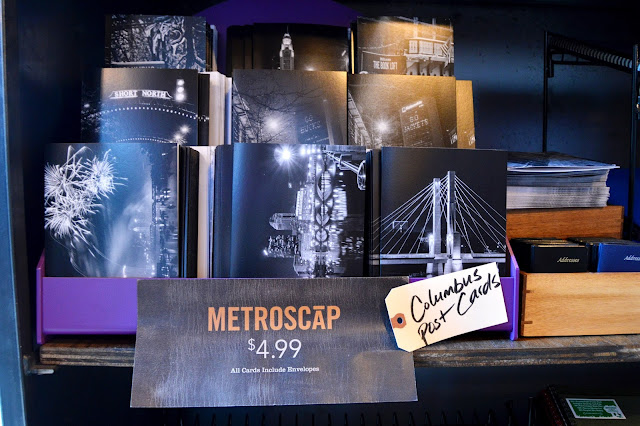 This week one lucky winner is going to receive an amazing prize courtesy of Robert Mason Co.
$50 Gift Card & a Rustico Leather Wristwear
{Made from the first leather they cut after the fire in 2014! So this one is a true symbol of the Robert Mason Co.}
To enter the GIVEAWAY:
1. You must be following Basic Columbus on Instagram.
2. Like Basic Columbus on Facebook. You MUST do both to be entered to win!
3. Tag a friend in the comments section of our GIVEAWAY post and let us know what you’ll be shopping for at Robert Mason Co.
We will be triple checking all the Followers and Likes so make sure you follow ALL the steps!
We will select a winner next Thursday July 21st.