Our children know Columbus Commons as the place with the carousel and ice cream.
We know it as the place in Columbus that is kid friendly, adult friendly, puts on all kinds of cool events, can feed the entire family (even if its ice cream) and is generally a place we can count on for a good time no matter the day of the week! 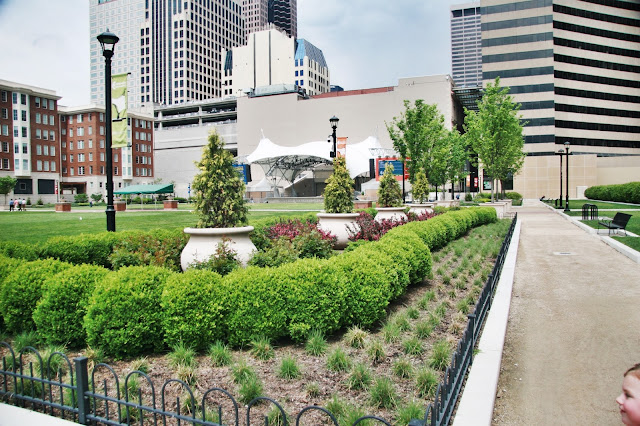 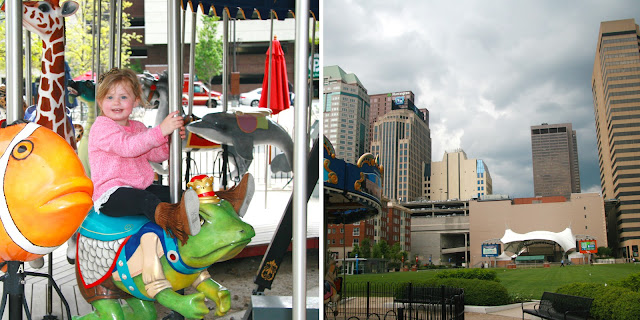 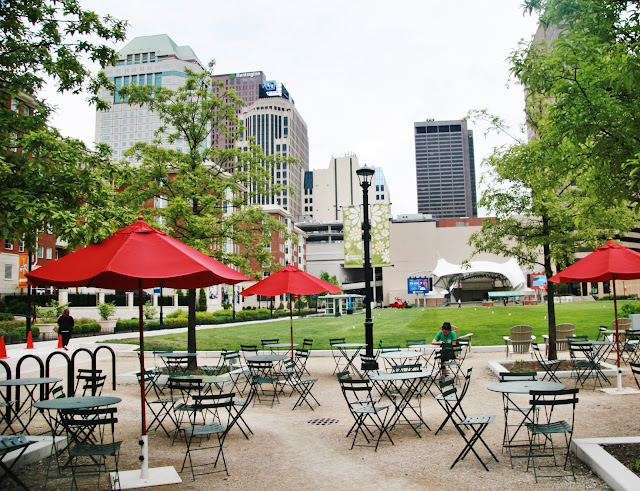 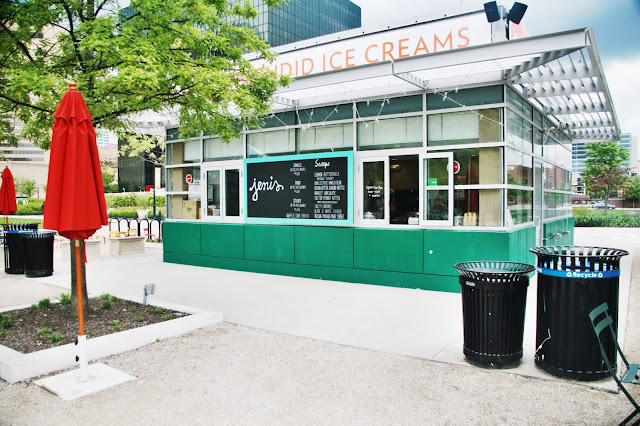 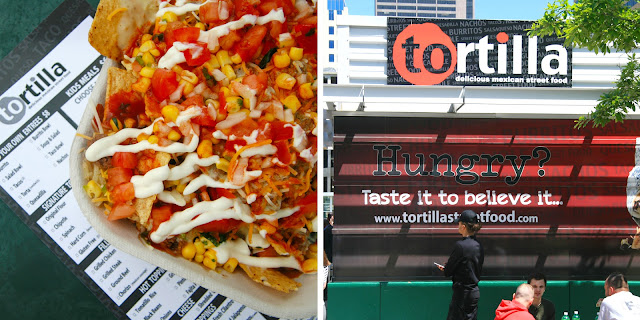 All hail Tortillas Street Food. I seek this food truck out on the regular. They may or may not know my order when they see me. And they are always kind enough to hook me up once in a while with a bottle of their famous Mexican Hot Sauce. Try this stuff. Thank me later.
I’m so glad they’ve found a permanent home at the Columbus Commons. We’ve visited oh, just a few times just for Tortillas quesadillas and nachos. Ahem.
You should probably know because it’s important, I consider myself a nacho connoisseur. 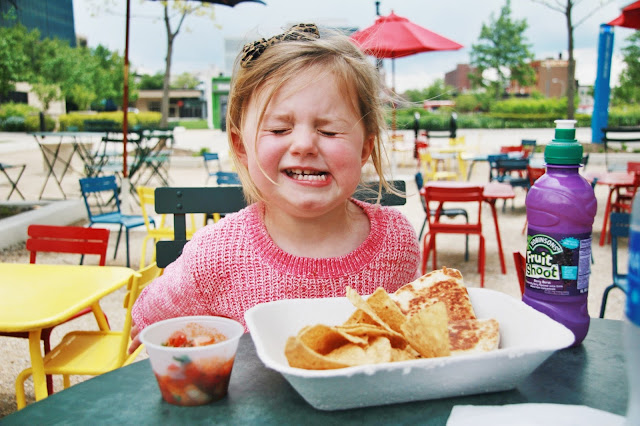 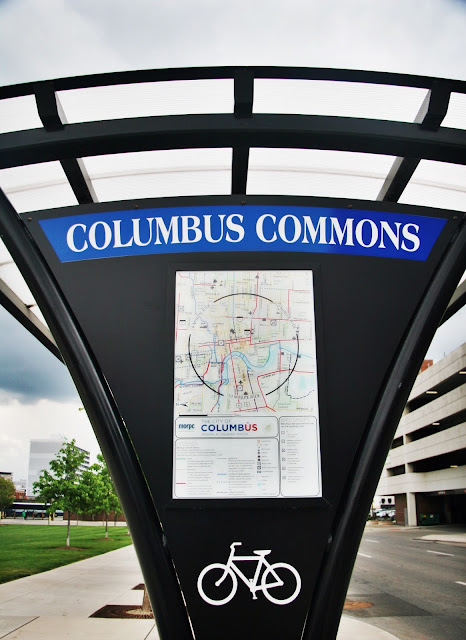 One of the things the City of Columbus does a really good job of, is making sure people always know where they are and what their options are to get around. There are all kinds of transportation options in Columbus. Whether you are catching an Uber, riding a COTA bus, hailing a taxi, renting a COGO, hopping on the CBUS for free or utilizing a Car2Go, Columbus has your transportation needs met!
Did you hear Columbus was awarded the $50 Million Smart City Grant? We beat out SIX other cities to become the U.S. Transportation’s Department Smart City!
This is BIG stuff people and a game changer for our city!
We are going to have flying cars like the Jetson Family! 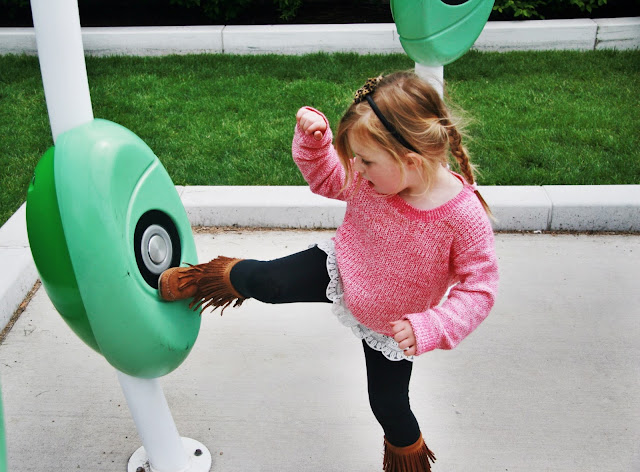 Speaking of the Jetsons, Evelyn LOVES this electronic playground also found at the Columbus Commons. 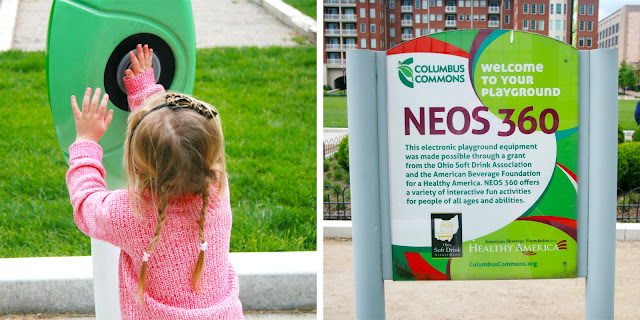 This interactive kids heaven keeps Evelyn entertained without me having to participate.
Winning! 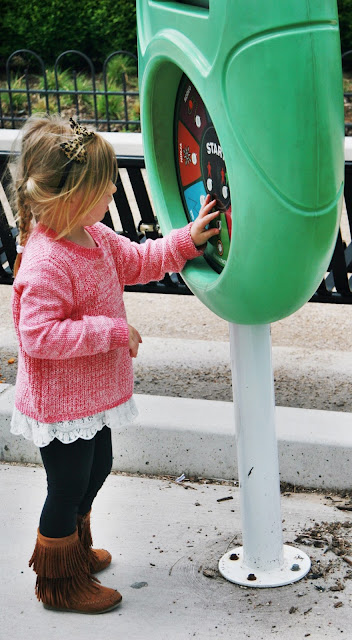 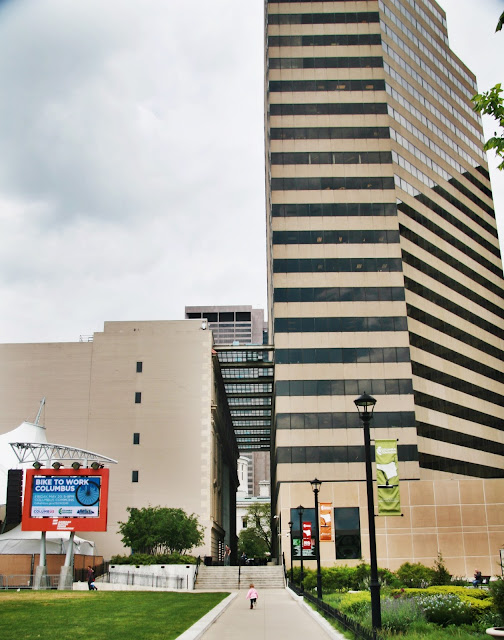 Small Girl in a Big City. 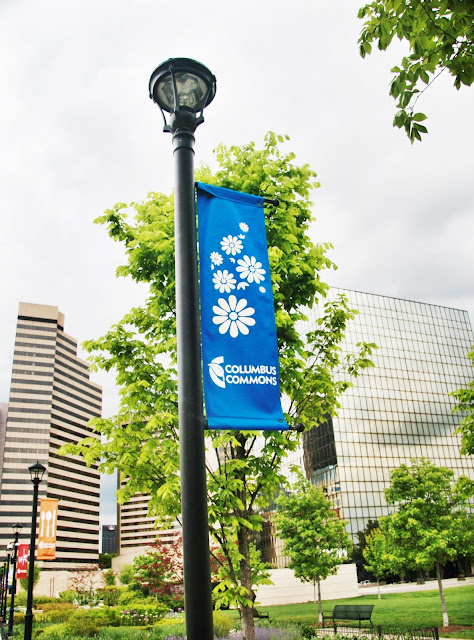 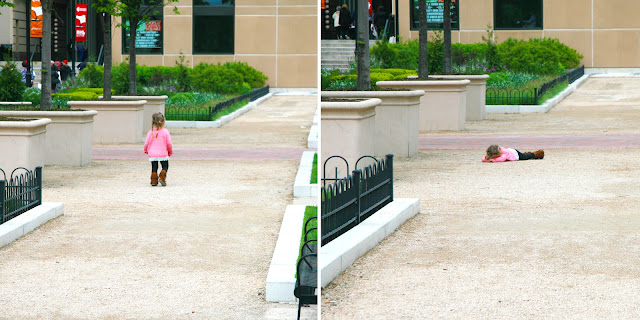 We were doing so well.
I can’t even remember now what she got mad about. It was clearly really important.

Columbus with a side of attitude. 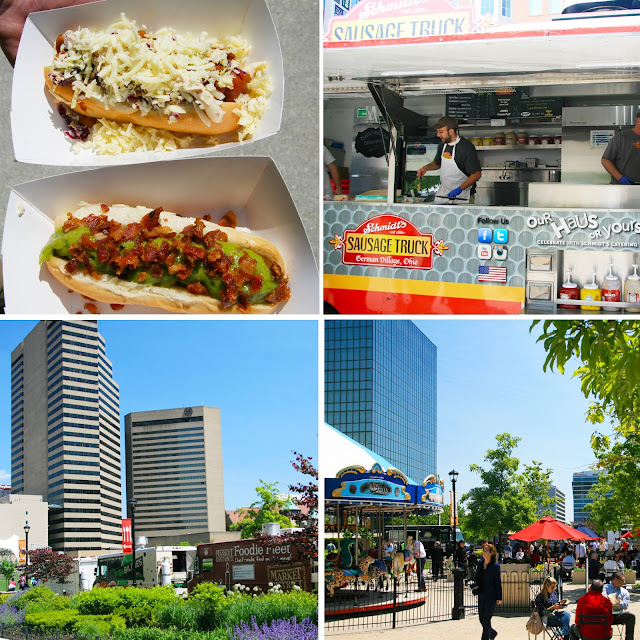 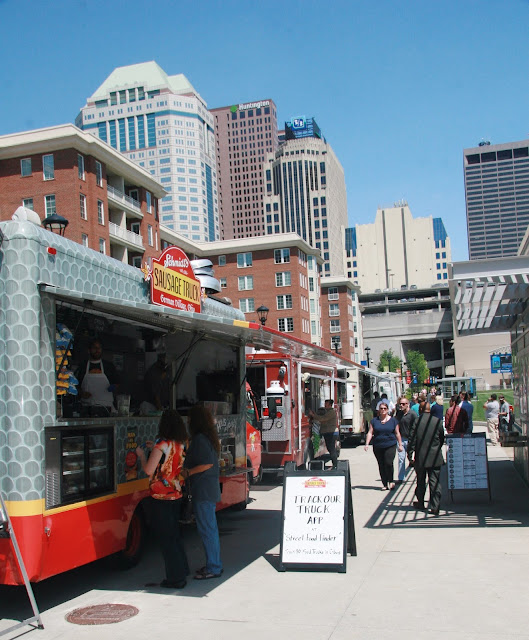 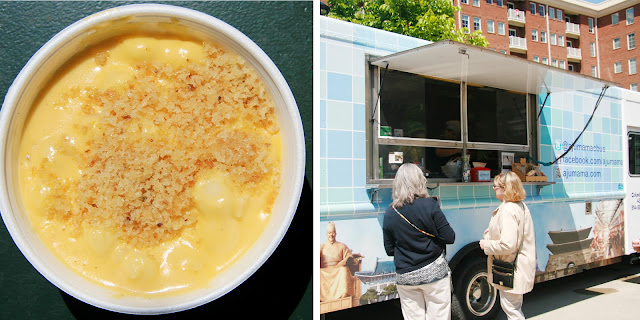 One of my personal favorites food trucks is Ajumama. They serve sassy Korean street food. Try the Dduk n’ cheese pictured above. But seriously you can’t go wrong with anything on the menu.
Another one you can thank me for later! 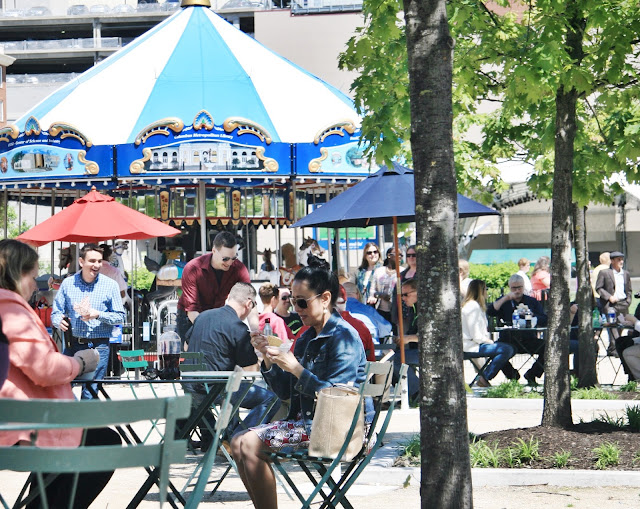 The vibe at the commons is always good. It’s full of all kinds of people passing through the space for various reasons. We caught Ray Lamontagne here a couple weeks ago. Other than the beer lines the space is amazing to see a live show. You can catch the Columbus Symphony Orchestra here with several special guests all summer long. Indigo Girls, Nelly & Melissa Etheridge to name a few! 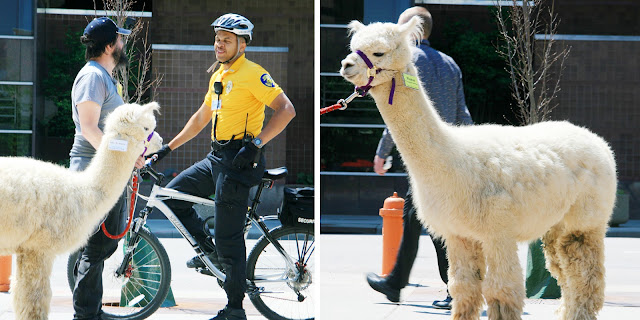 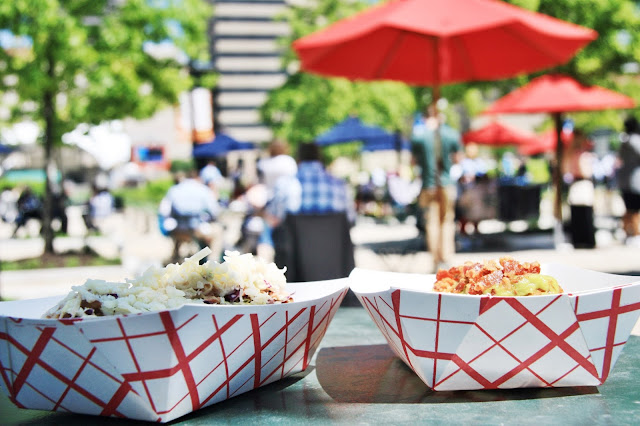 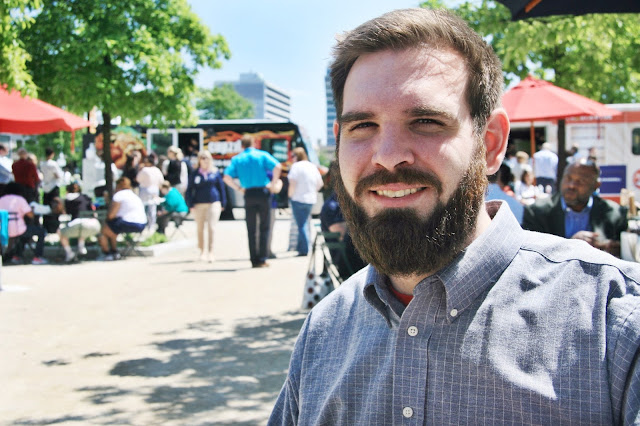 Any day I get to have lunch with this hunk is a good day!