I’ve always wanted a tattoo. I admire well thought out, unique tattoos on other people. I have just always been a huge commitment-phobe when it comes to inking myself with something permanently. And then where would I put it? Certainly not somewhere that people could see it and what if I grew tired of it after a month? I do change my mind a lot. And I know the process hurts and I’m sort of a baby, so why put myself through the pain? As you can see it’s been a conflicting battle with myself I’ve had for a long time. No clear end in sight either.
My Manfriend was slightly shocked I think, when I notified him we would be finding a tattoo parlor before we hit Comfest this year to get my nose re-pierced. I had pierced it years ago in college and loved it and had to take it out for a dumb, corporate waitressing job and I have always regretted it.
I decided Evolved Body Art was the destination worthy of putting a second hole in my head, plus I had heard they were opening a new location on High Street and I wanted to check it out. 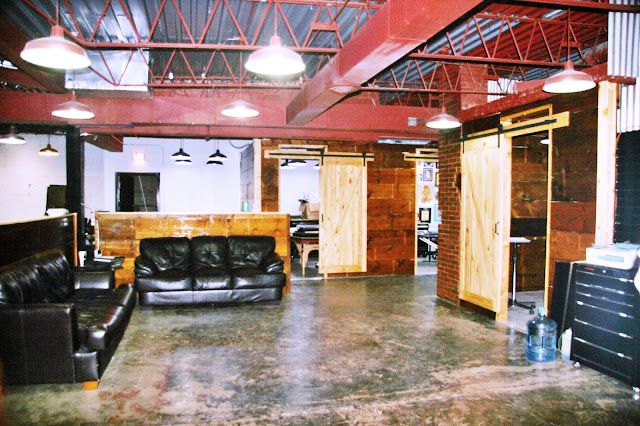 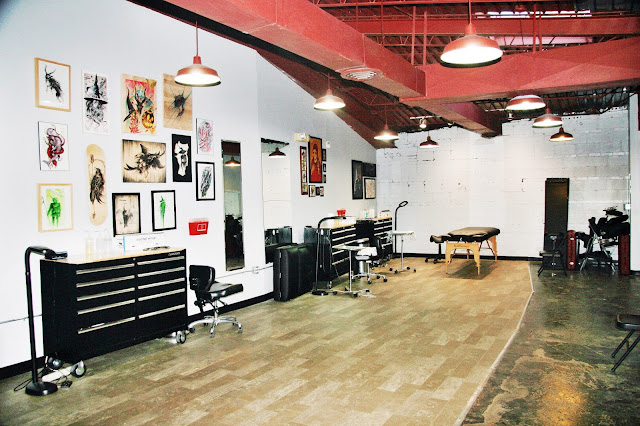 The new parlor on High Street is bad ass! Big, spacious and bright, it houses an eclectic group of artists united by their love for the profession of body modification. 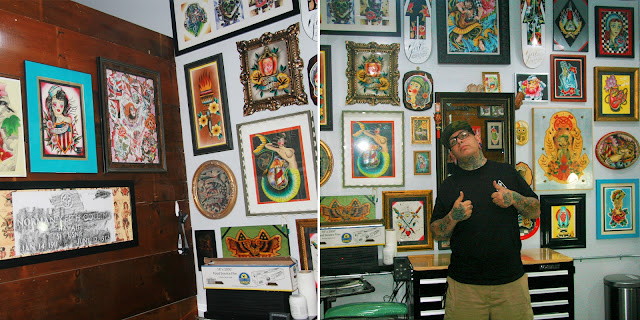 Joe Stevens, who is from Mansfield, Ohio and has been tattooing since 2007 was gracious enough to let me snag some photos of his really rad room. 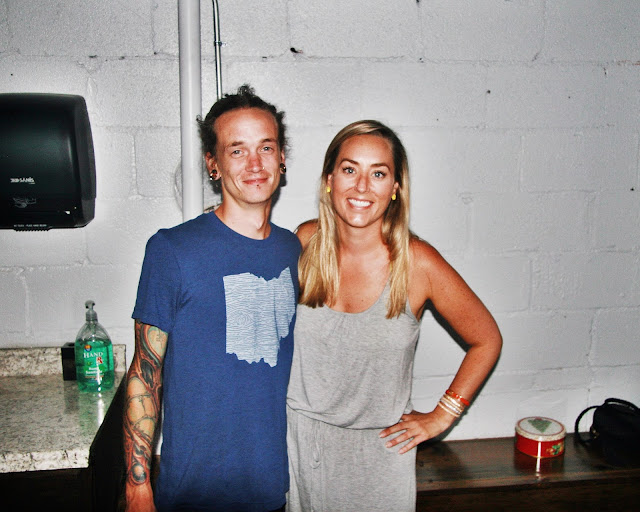 It’s always good when the person piercing you has a bunch of piercings themselves right? Made me feel like he was extra experienced in putting holes in people’s heads.
In all honesty, my piercer, Ben Poling was amazing! He has been piercing since 2012 and completed his apprenticeship right here in Columbus. Wouldn’t you know he graduated from Upper Arlington High School as well. It is so funny how small of a city Columbus really can be! He is significantly younger than me so we didn’t really have a lot of people in common but the ‘UA All the Way’ force was strong! 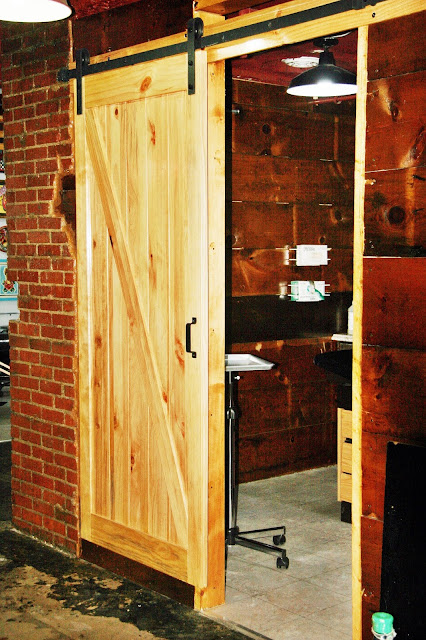 Joe also hand built all of the doors you see in the studio. The wood finishes against the old brick building adds an extra element of cool to the whole vibe of Evolved. 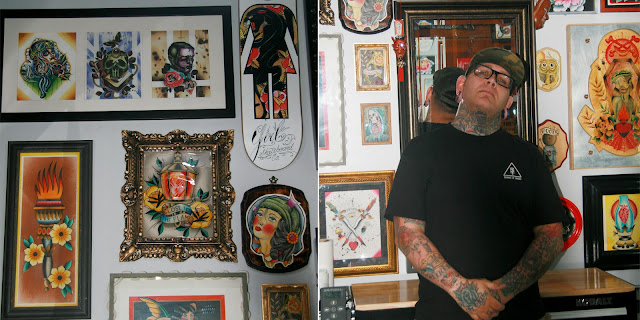 You can find Joe on Instagram @tatterzapperjoe to check out even more of his work! 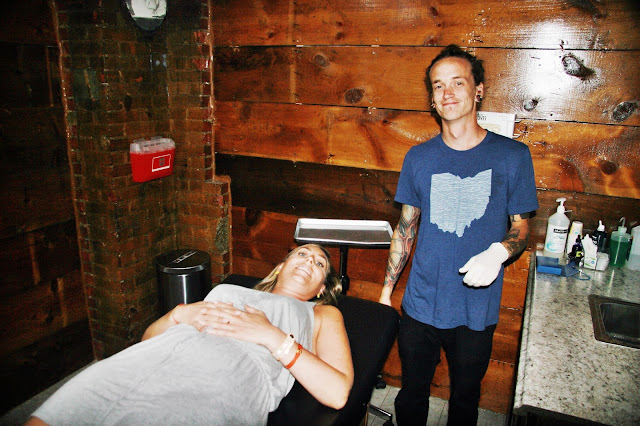 I don’t remember the first time I pierced my nose hurting at all. I think I was so scared and had psyched myself up so much that adrenaline took over and I really didn’t feel much.
This time ummm… hurt, a lot! 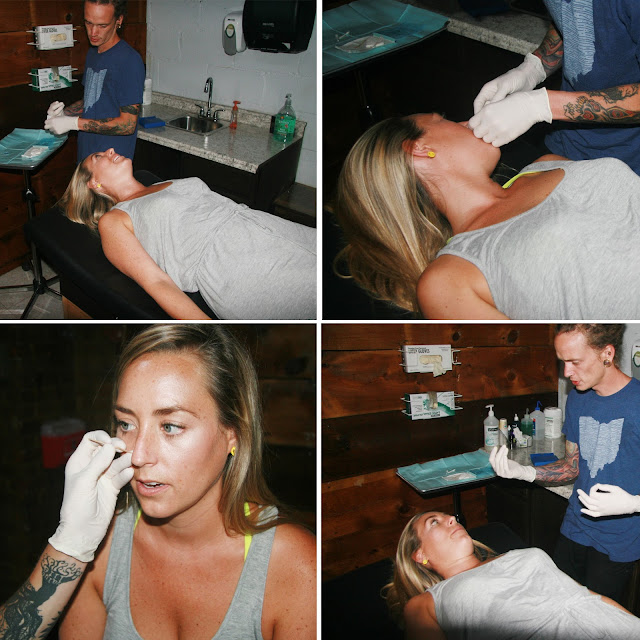 My face in the bottom right corner ^^^ HAHAHA! The look of terror. He is literally about to pierce my nose and I was SCARED! 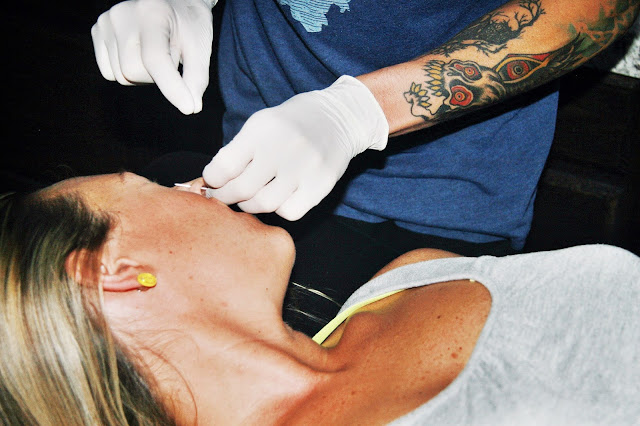 Eeeeek! There it is! A needle through my nose!
Cue the tears. Ok, I didn’t really cry, cry. But I did. I mean not really. My eyes welled up and watered but its more like the cry you have if your eyebrow waxing really hurts. 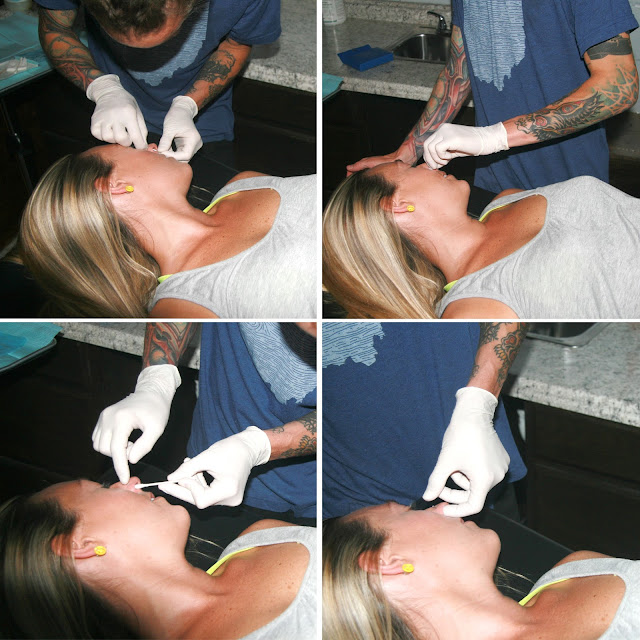 I have to give a HUGE shout out to the Manfriend for coming in strong with the photography skills. Right before Ben stuck the needle through my nose, I was all like, “STOP! I’m NOT ready,” I was seriously super scared! Neither Ben nor Manfriend listened to me and went ahead with the piercing. Manfriend said he yelled, “JUST DO IT,” when I was laying there hesitating and I didn’t even hear him say that because I was so focused on squeezing my eyes shut as to not see the needled coming at my head.
I think he captured the experience perfectly! 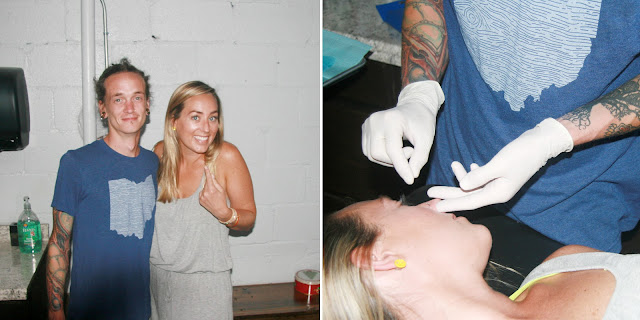 I am SO happy to have my nose ring back. It just feels like it is a part of me and has been missing for years. I really adored Ben and my whole experience at Evolved.
Hopefully this is the last time I have to pierce my nose though. 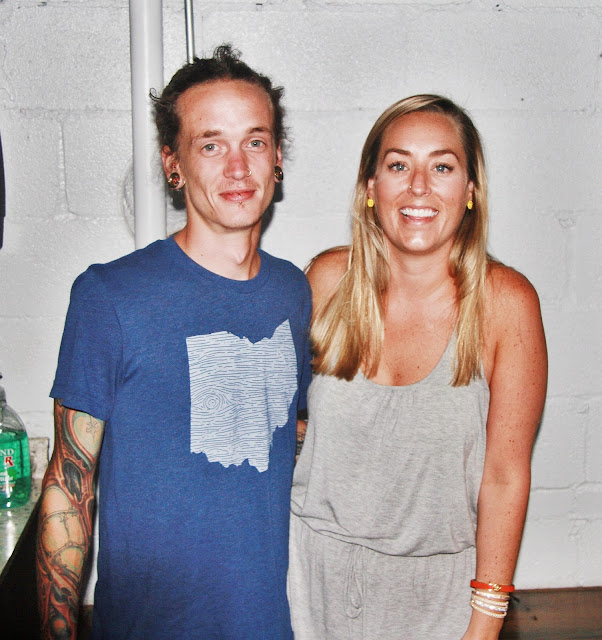 Most importantly they were so friendly and nice but also it was CLEAN! I mean impressively spotless and it’s hard to impress someone who OCD cleans like I do. So I felt extra comfortable being pierced because it is obvious they take a lot of pride in their new location and its appearance and as a customer I can appreciate that!
If my internal battle for a tattoo ever gets settled, I will definitely be seeking Joe’s talents out!