I’ve heard Mom’s say it for quite a while now, the dreaded Christmas break.
Kid’s driving you bonkers, constantly claiming to be bored, looking for you to provide all the entertainment. Don’t they know it’s the Holidays and you have a list a mile long?
I can now say with certainty, I know exactly what you are all talking about. I am in full, “Mom this is borrrrrrrrring,” mode. For one of the first times, I am elated and looking forward to Evelyn being with her Dad for a whole week! Not to mention we leave for Hawaii four days after she returns, so it will give me some time to get Christmas put away and everyone ready for the big trip.
To help beat the winter break blues we headed to one of our favorite spot’s in Columbus for some free entertainment. The Huntington Holiday Train at Columbus’s Main Library is truly captivating. It is on display until December 30th, so hurry before it is gone!
I felt like we were looking at the world of Harry Potter. The waterfalls, the towering cathedrals and castles, multiple trains buzzing about, all crafted from natural materials, be sure to bring all your loved ones to this remarkable exhibit! 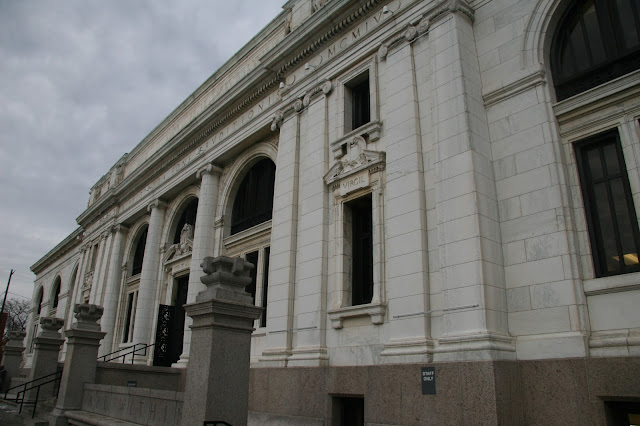 10 Fun Facts about the Huntington Holiday Train
1. The original train display was built in 1992 by Applied Imagination’s Paul Busse, the renowned designer and builder of large-scale garden and railroad replicas.
2. The exhibit is never the same – it’s assembled differently each year! 2016 marks the 25th anniversary of the Huntington Holiday Train in downtown Columbus.
3. All of the buildings are made from natural plant materials – leaves, bark, seeds, pine-cones, fungus and moss – a hallmark of Mr. Brusse’s work. 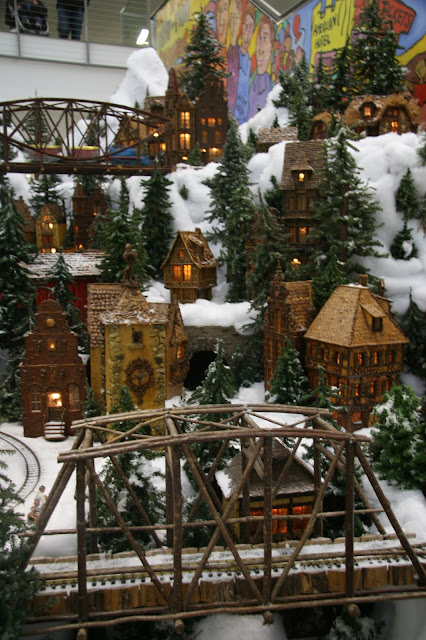 4. The miniature buildings are modeled after actual churches, homes an commercial buildings in and around the Bavarian towns of Bernkastel and Rottenberg. Germany, known for their Gothic and Renaissance-era architecture.
5. Each building took one to three weeks to create and build. The castle and waterfall took more than three months to complete, while the cathedral took more than 10 months. The entire display is set up over a two-day period. 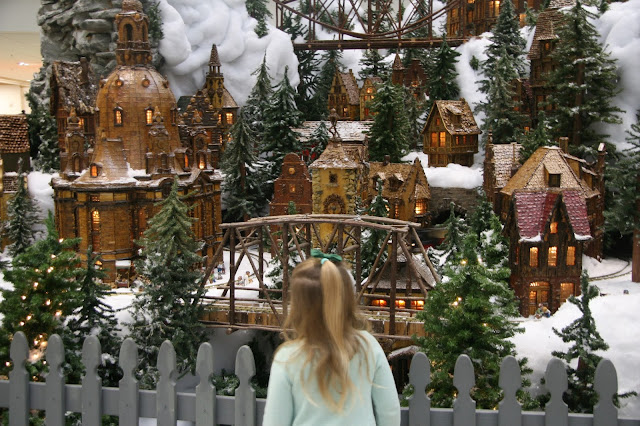 6.The cathedral is modeled after Frauenkirche {Church of our Lady} in Dresden, Germany – Columbus’ sister city. The original cathedral, destroyed in a World War II Allied bombing campaign, reopened in 2005 after more than a decade of restoration.
7. Inspiration for the 8-foot tall Bavarian-style castle came from the 19th century fantasy castles throughout southern Germany that were commissioned for the eccentric “Mad King” Ludwig II.
8. A waterfall that pumps nearly 600 gallons of water per hour is integrated into the castle. 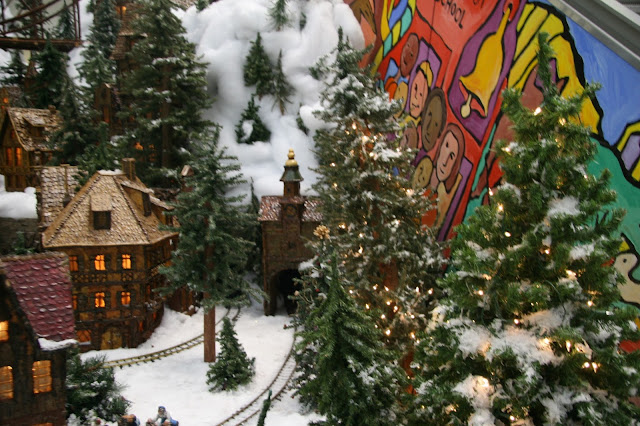 9. Five miniature trains run on 280 feet of track and more than 50 pounds of artificial snowflakes simulate 600 square feet of snow-covered land.
10. The historic lobby of Huntington’s original bank building was the longtime home of the display. Other than during its 2015 renovation, Main Library has showcased the Huntington Holiday Train every year since 2009. 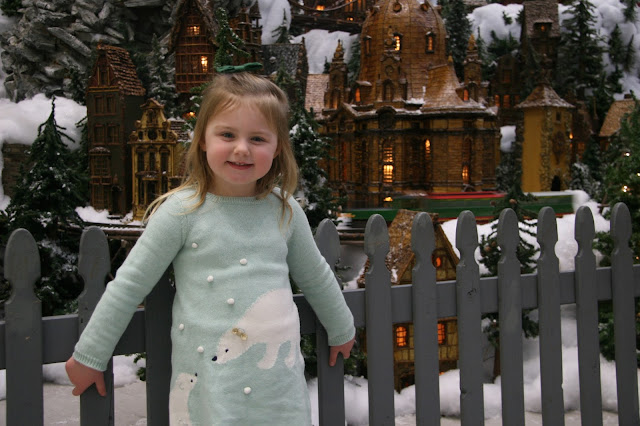 No trip is complete to our city’s awesome library without visiting the children’s section, that is focused on getting kids ready for kindergarten.
More positive, educational, free, entertainment. Yes, please! 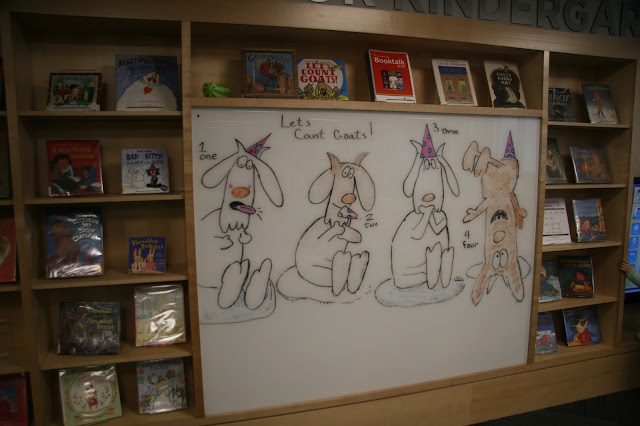 If you need reminded how much thought and effort went into the reconstruction of the kid’s area, check out my past post HERE, when I toured the Main Library remodel, before it was open to the public. 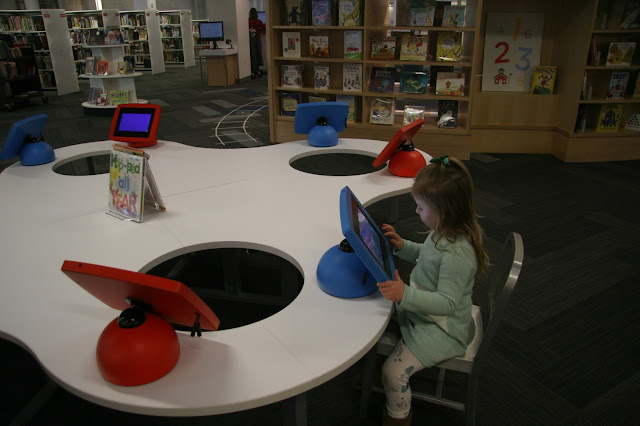 This computer table is one of my favorite parts, Evelyn too. 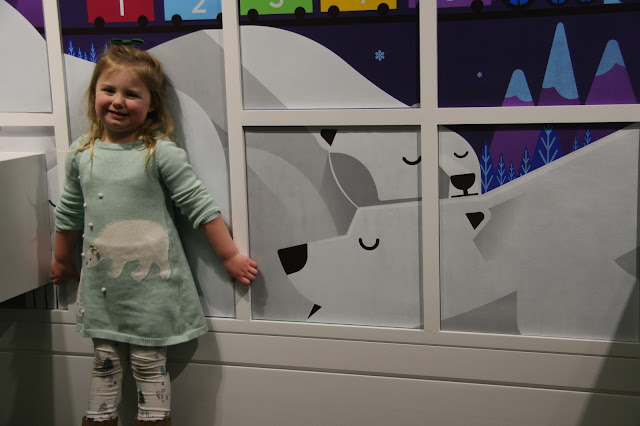 My polar bear with some polar bears.
The Main Library has the cutest children’s displays. I love how they put something on display then find corresponding books to match the theme. 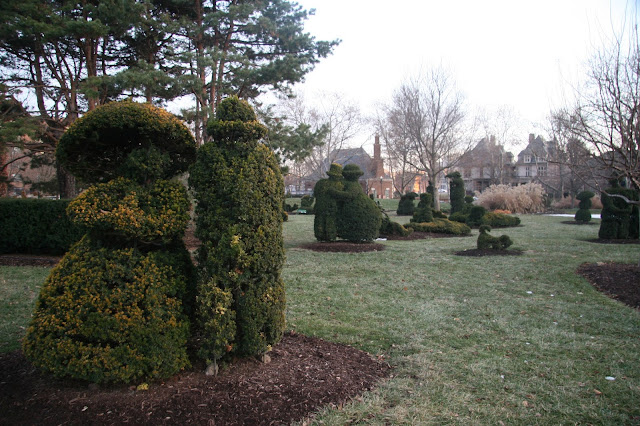 My personal favorite part of the Library is the Topiary Park out back.
I have been visiting the park since it was installed in 1992. It feels like a secret garden to me in downtown Columbus and I love the serenity it adds as an extension of the library, especially when it is warm outside. 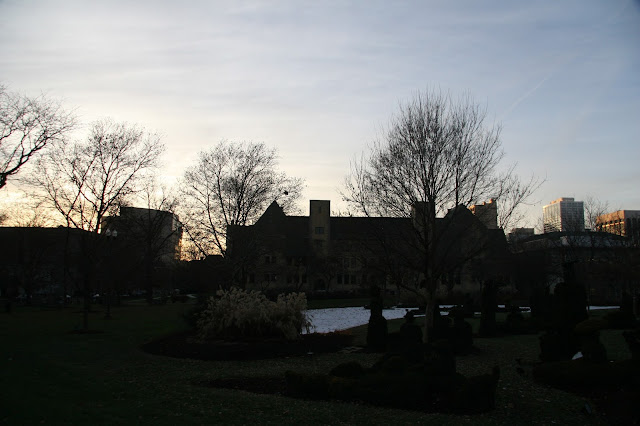 Topiary Park in Columbus at dusk. 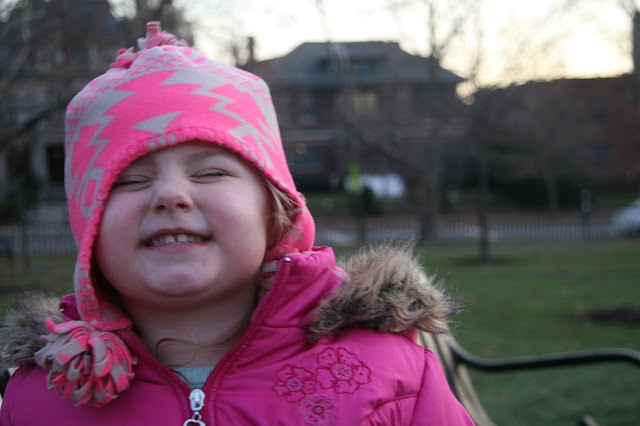 I never miss an opportunity to make this girl run laps, and the Topiary Park provided us the perfect space to get outside for a few minutes and burn energy.
We are anxiously awaiting Santa, as the family has begun to roll into town. Follow along on Instagram for the Tranny Train that is sure to ensue!
Merry! Merry!