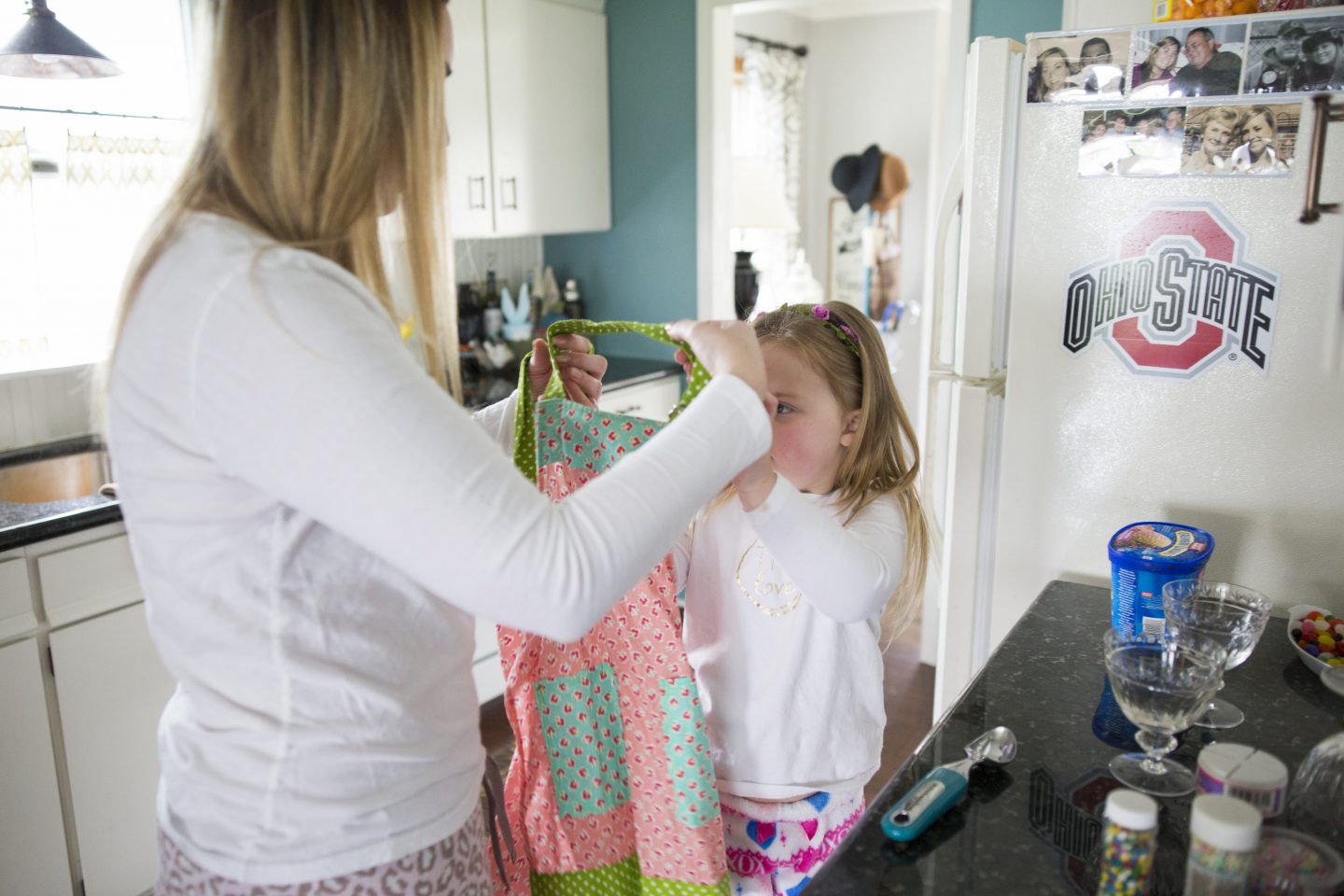 I am so excited to finally be sharing this session with you guys! Things have been busy, but really good busy on the business front, and when that happens this space seems to get neglected. But for the next three days I will be posting portions of our in-home shoot with Angela Fortin Studio Photography.

When I first started the blog, then Basic Columbus, I reached out to Angela to see about collaborating on photos we could use for the blog. Angela was more than willing, but let’s get real, she had no idea who I was, what the blog was or the potential it had. I was met with quite a few “no’s” when I first started and while it was somewhat discouraging it just made me hustle that much harder.

Almost a year to the day, Angela reached out to me wanting to collaborate, a year of hustling your ass off can really turn the tables!

I think Angela’s real interest was capturing some of Evelyn’s spunk that she has come to know through my social media sharing, and who can blame her! The child is hilarious, you never know what is going to come out of her mouth and when you have a true talent for capturing those moments full of personality, Evelyn and Angela went together like ice cream and sprinkles.

Angela knew she wanted the session to be relaxed, really capture Evelyn and I as our truest and most comfortable selves, at home. Pajamas, ice cream, pillow fights and feeding the ducks were later added to the agenda but just being ourselves and going through our everyday routine was Angela’s goal.

For the record, we do not eat ice cream sundaes for breakfast everyday, even though Evelyn would not protest!

I have become a little too in tune with posing for pictures. I know, supermodel status.  Angela loves to take un-posed pictures and it made me a little nervous that we were not going to have any good images because we weren’t looking at the camera, or my chins or muffin top, so many reason to pick apart a picture and not like it. Angela forced me to throw caution to the wind and trust her and I can honestly say these are some of my favorite pictures of myself ever taken!

Angela is one of the kindest and most talented women I have had the pleasure of getting to know because of this crazy hobby of mine. I simply cannot say enough good things about the images she took of us and how much I adore and cherish them. I love to have my picture taken, have we figured that out yet? But truly, every time I get to have images shot of Evelyn as she grows and changes, they are truly invaluable to me.

I cannot wait to show you guys the grand finale of this session and the real depths of Angela’s talents! Until then enjoy the first portion of our in-home shoot, Sundae Funday. 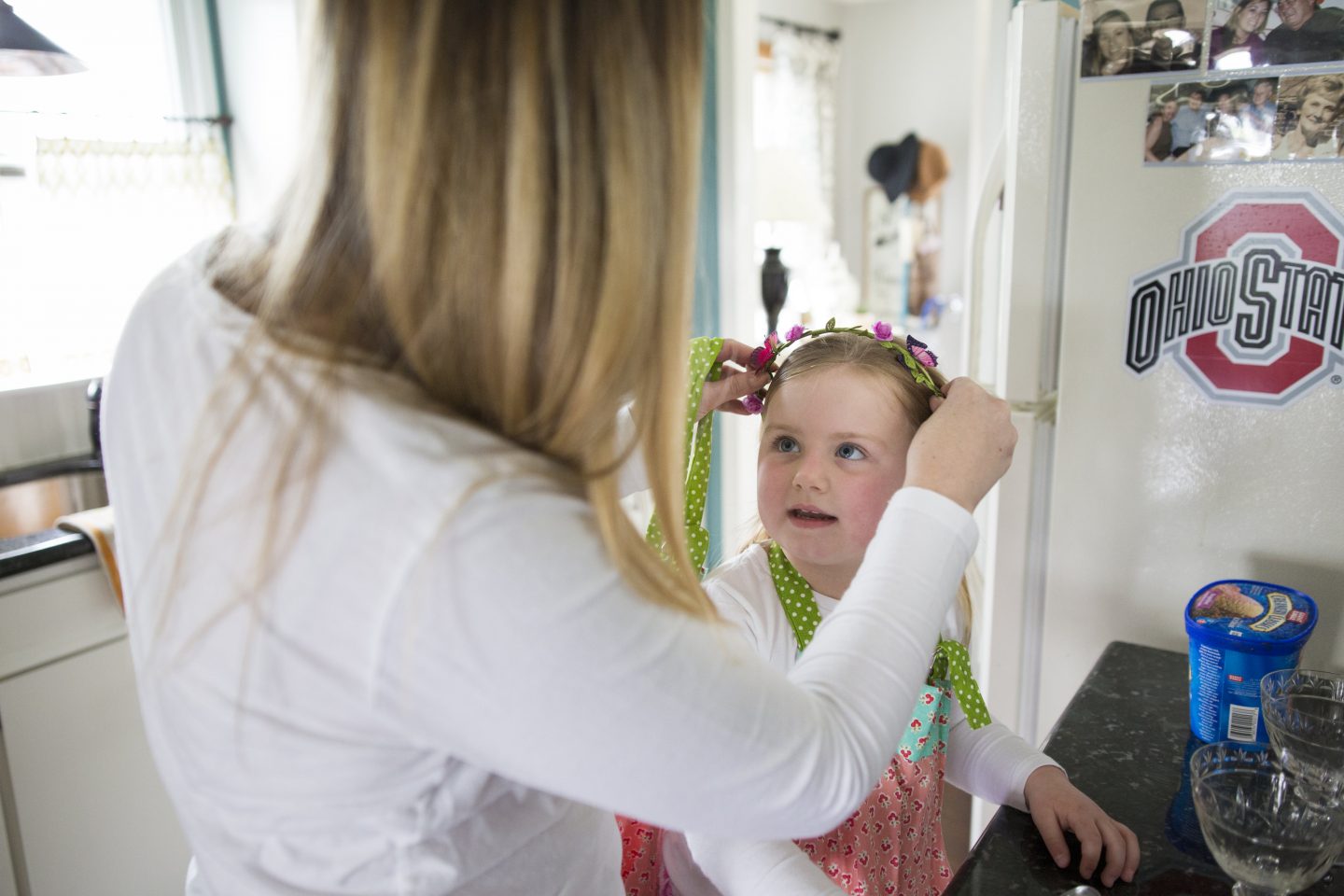 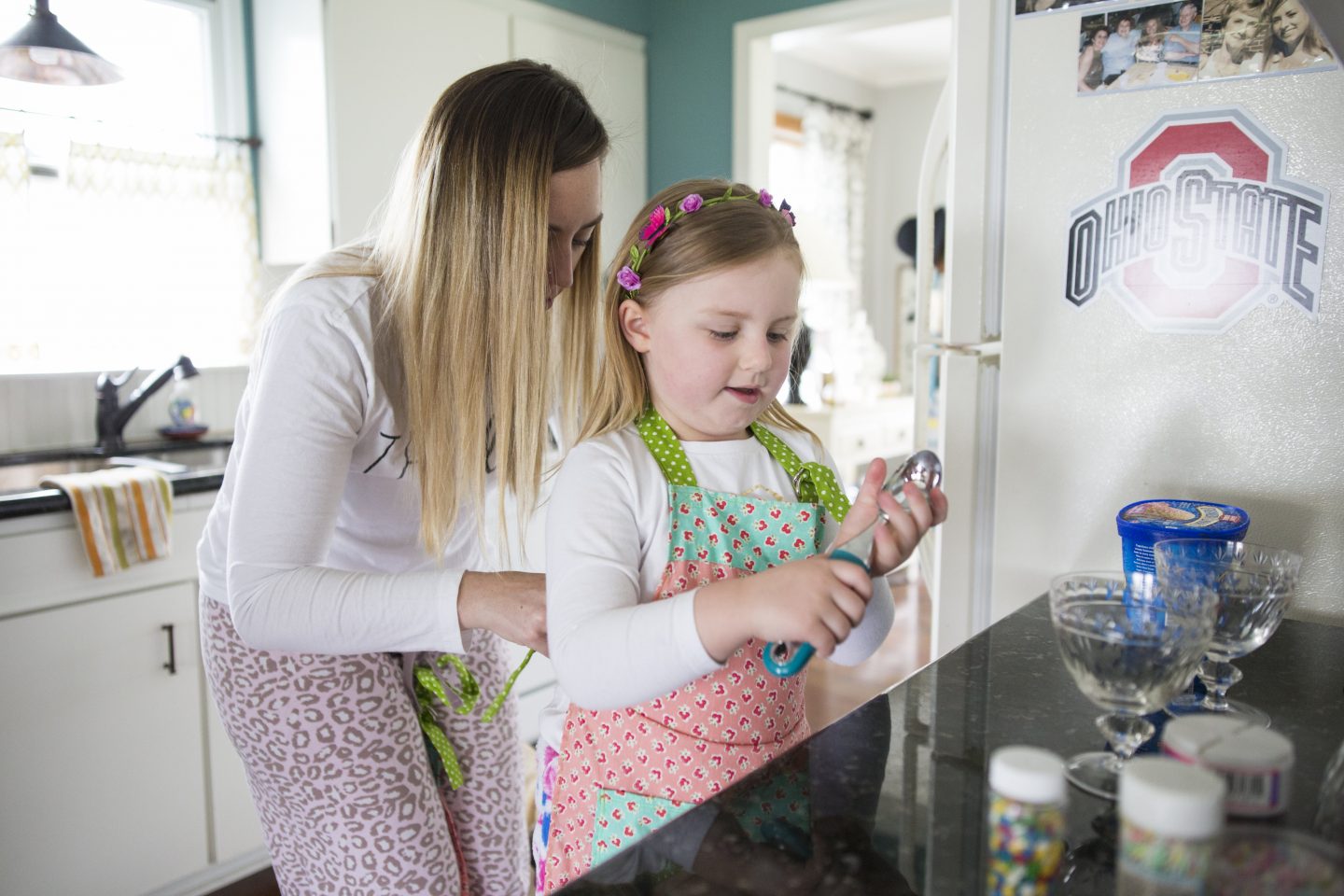 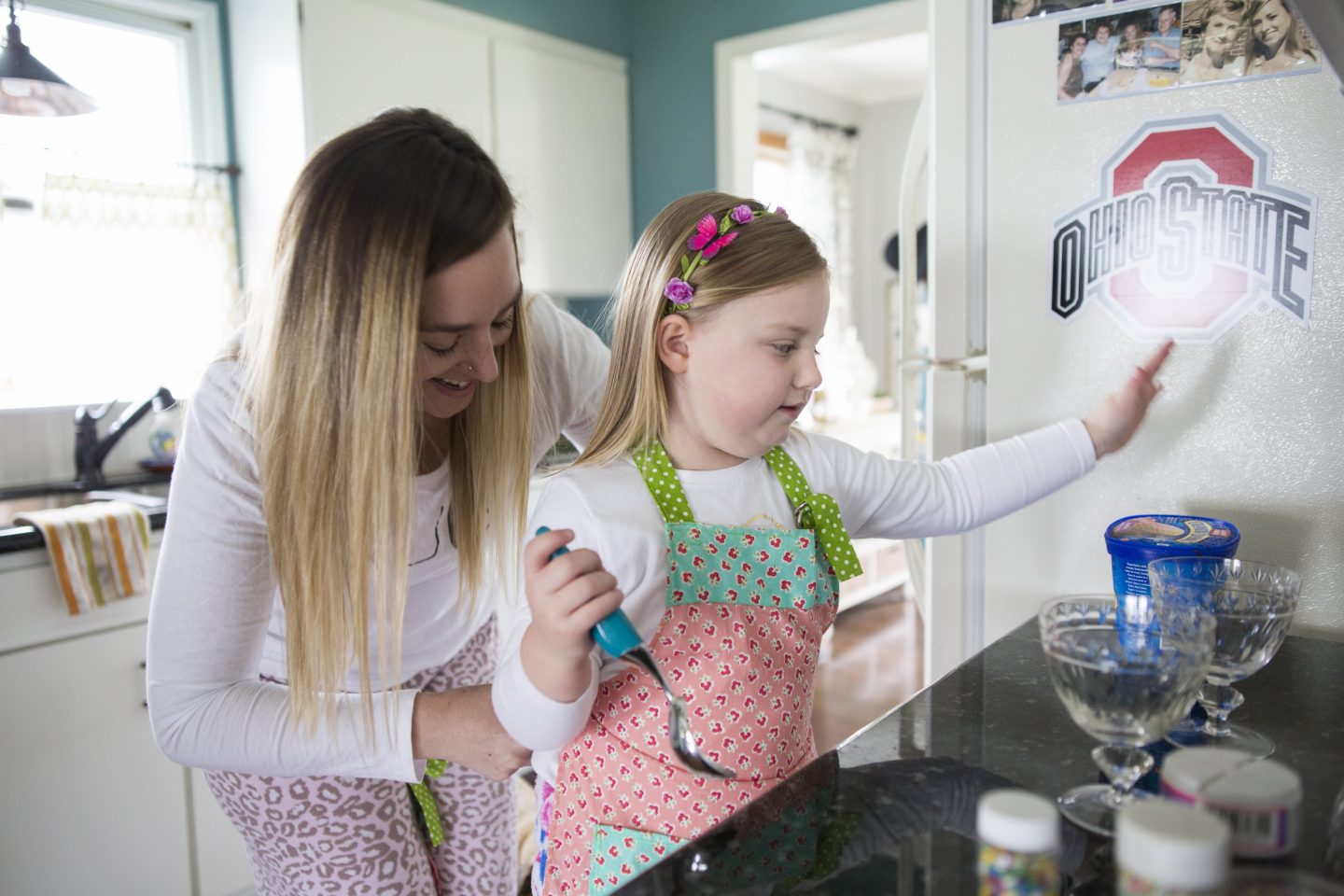 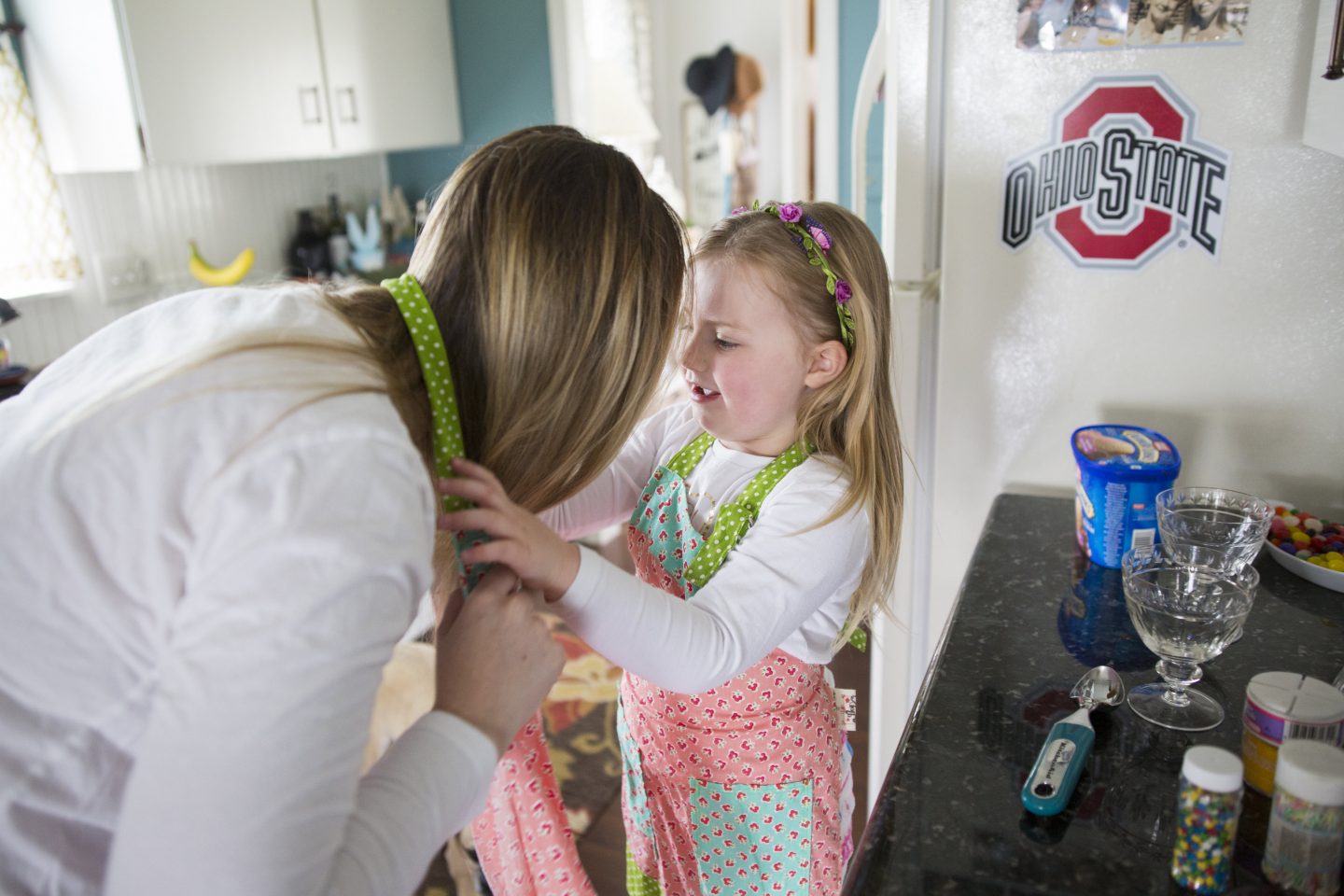 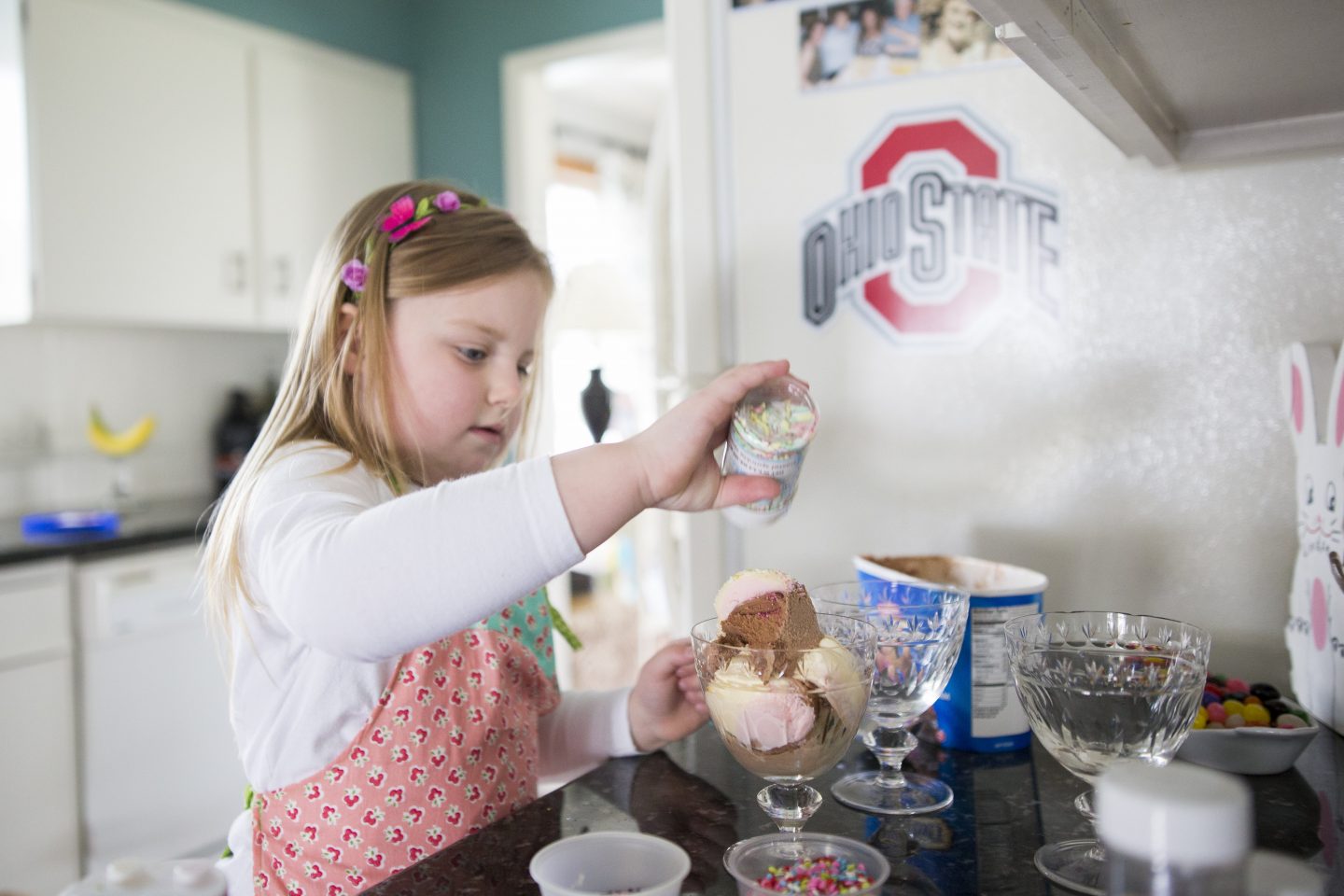 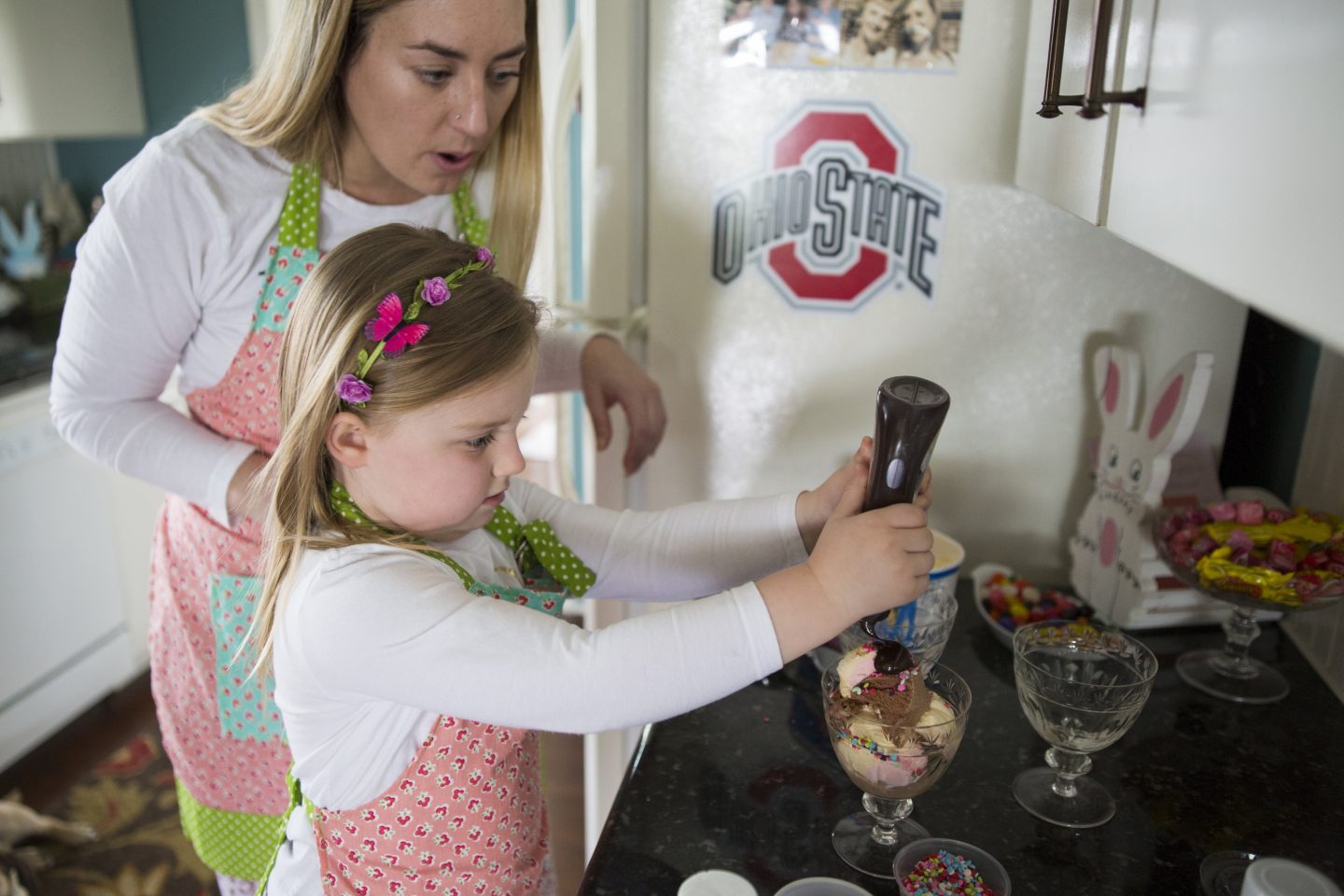 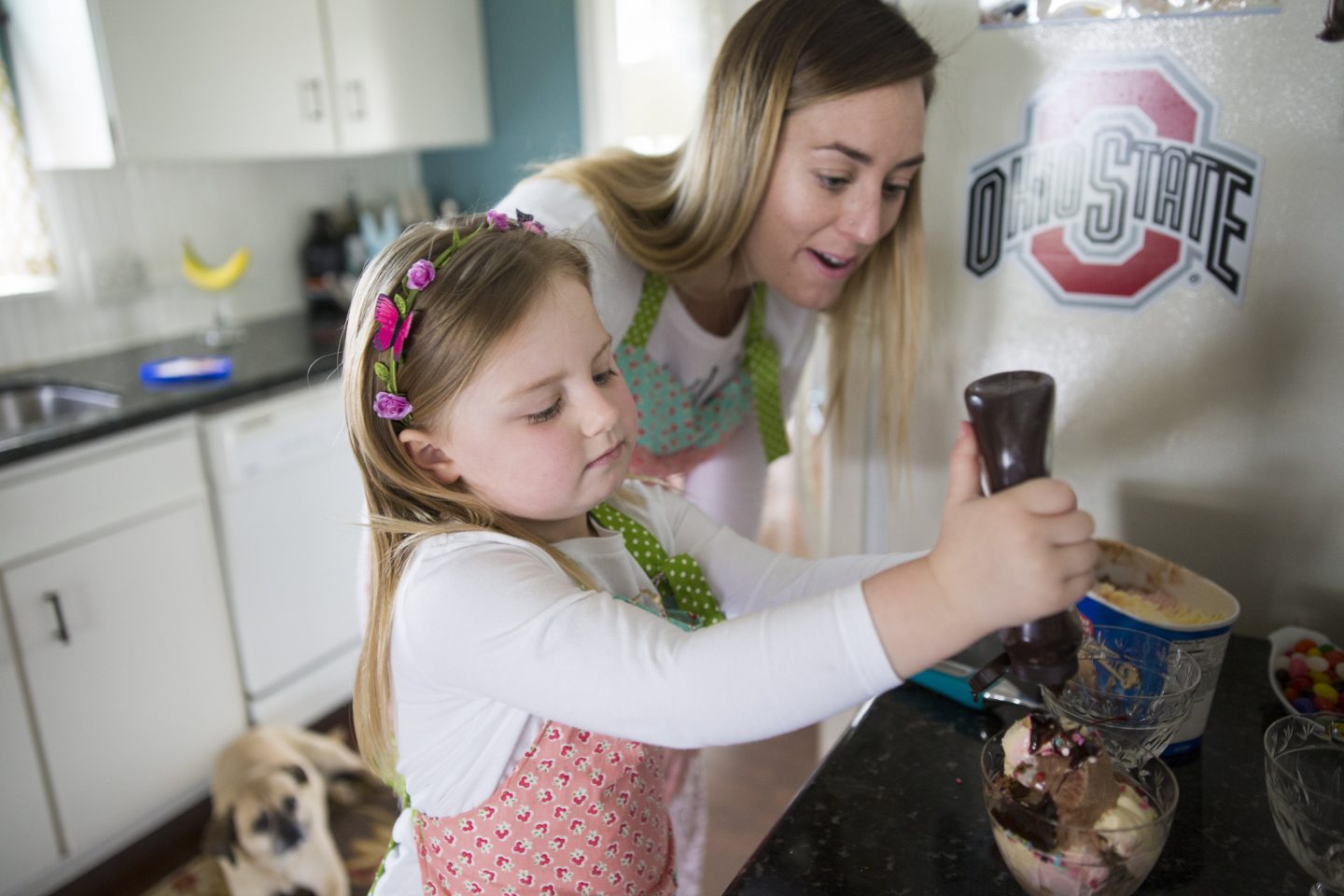 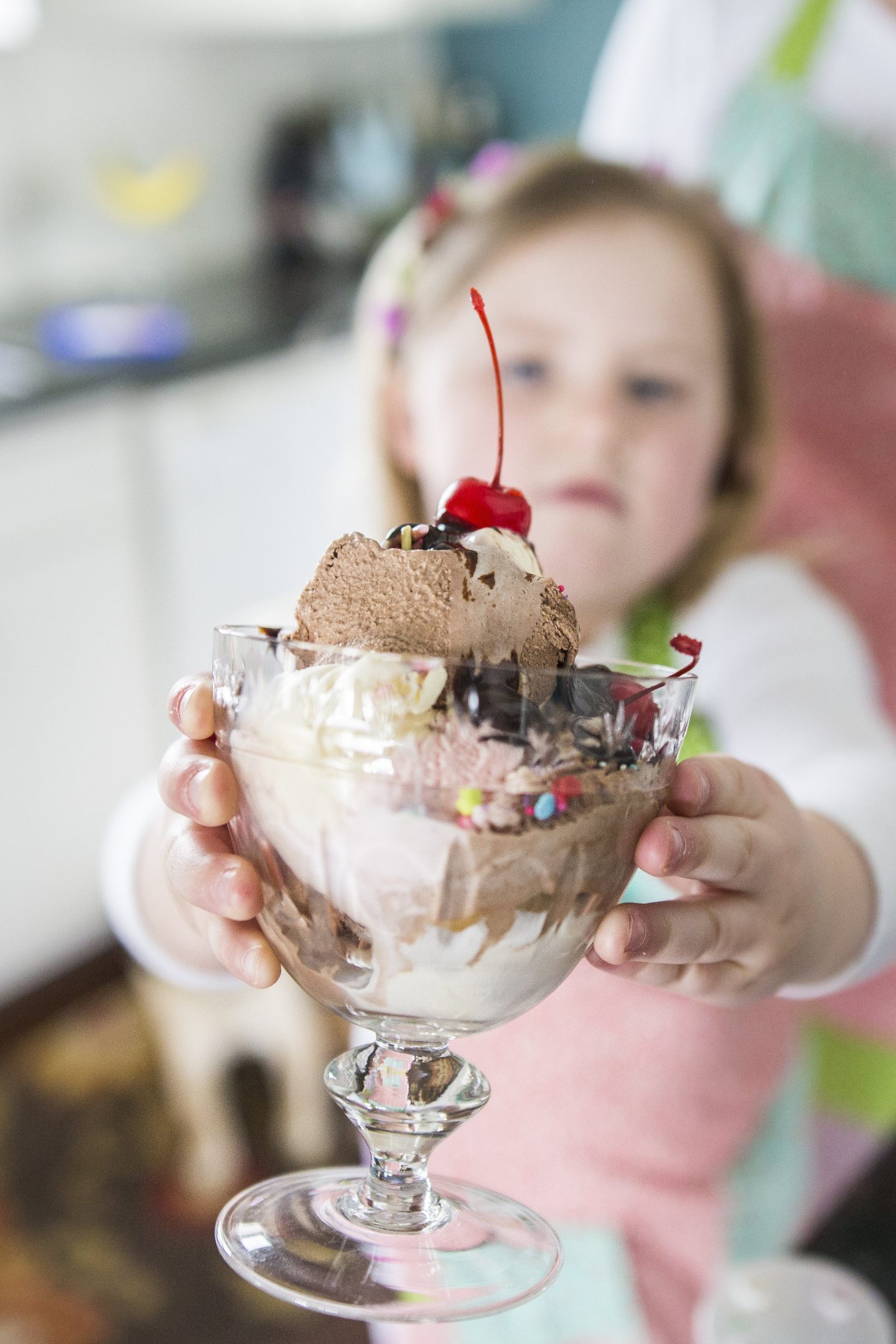 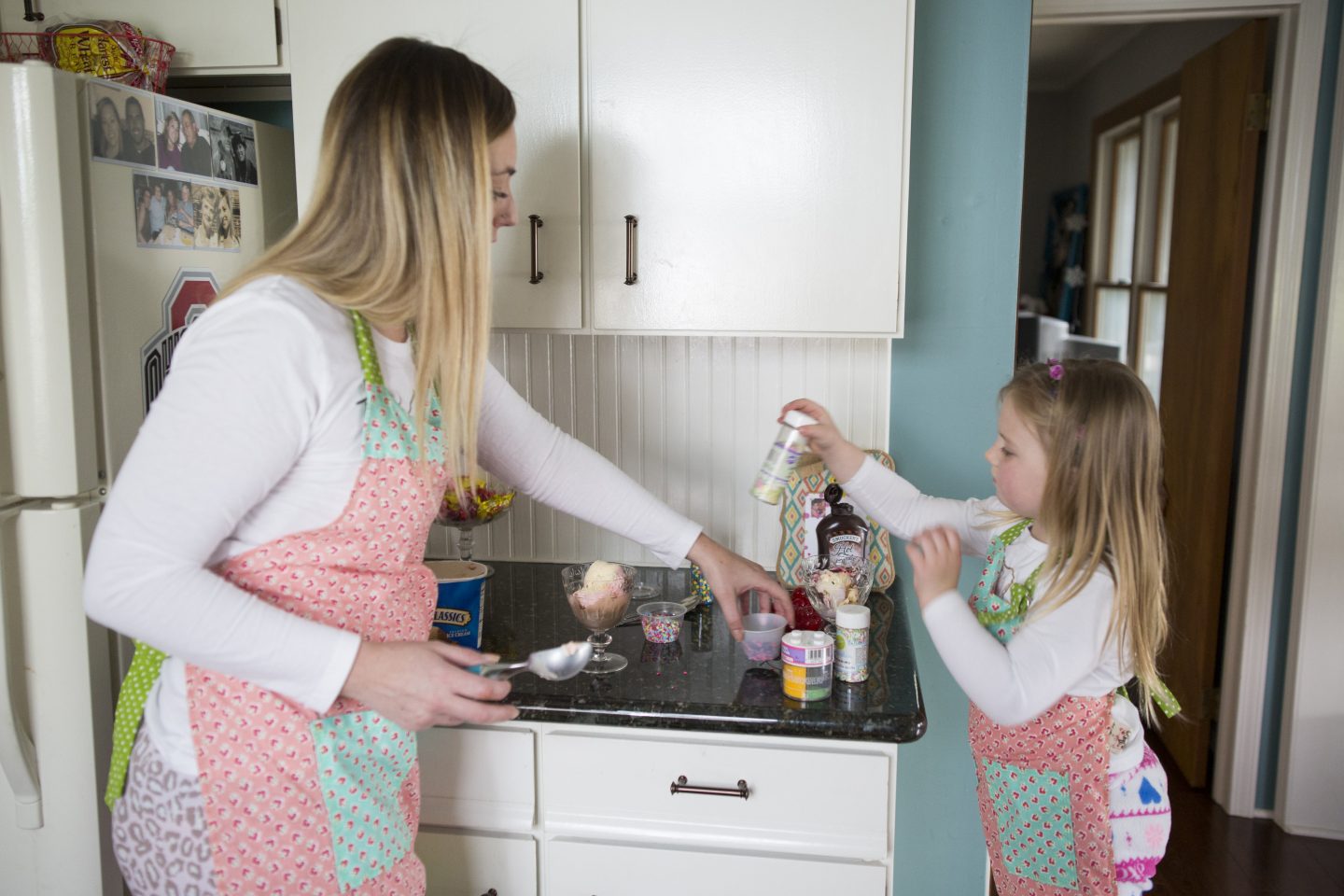 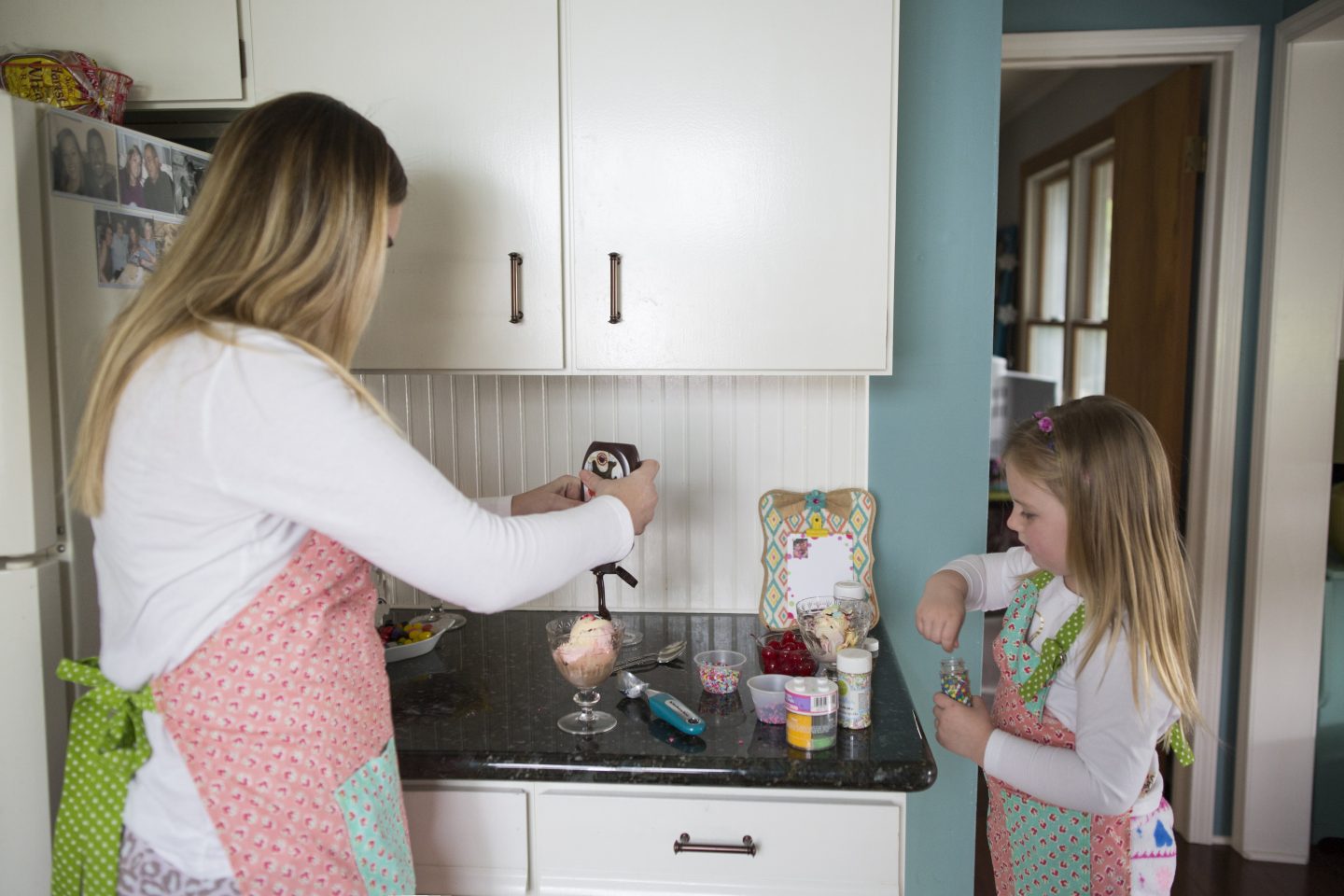 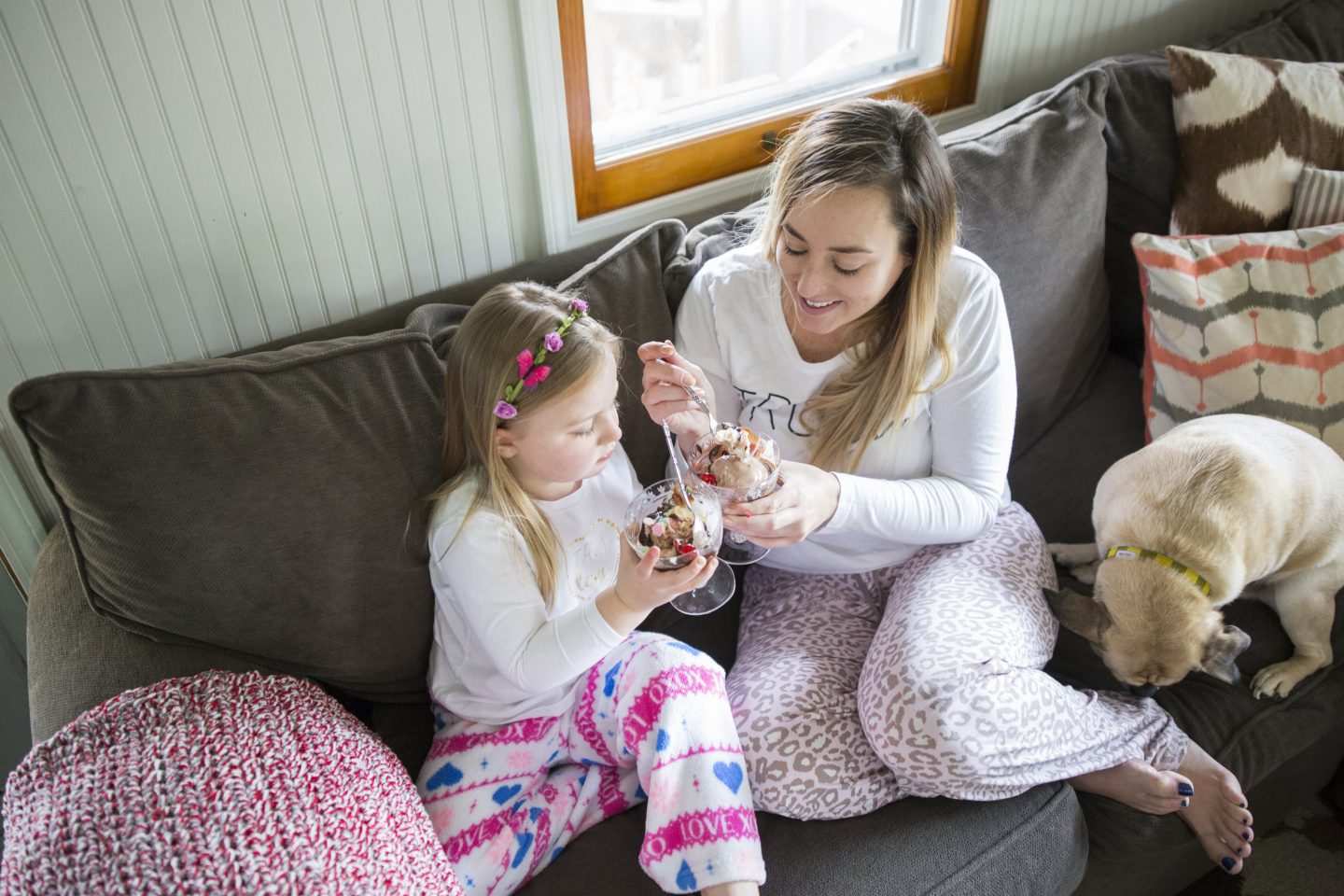 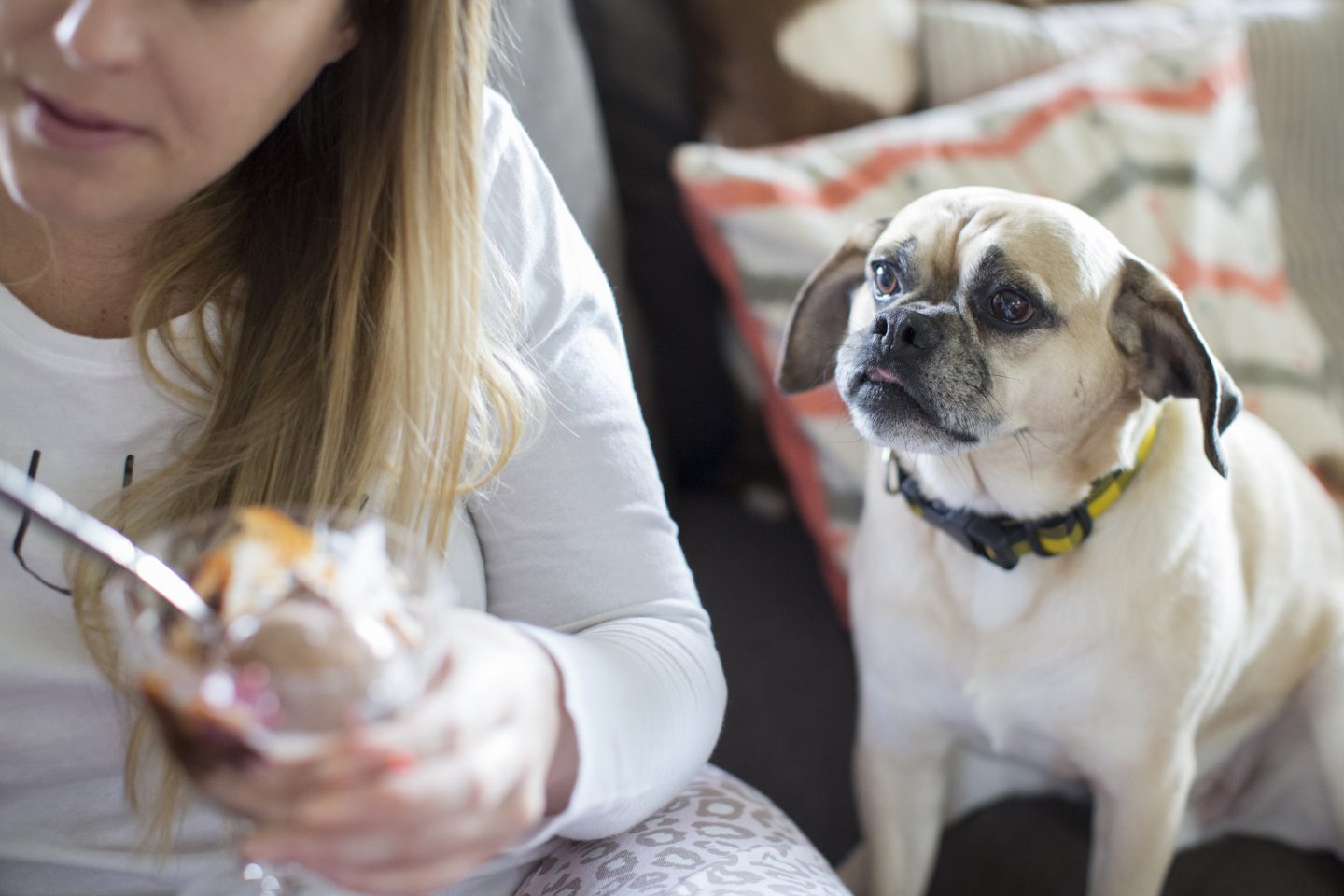 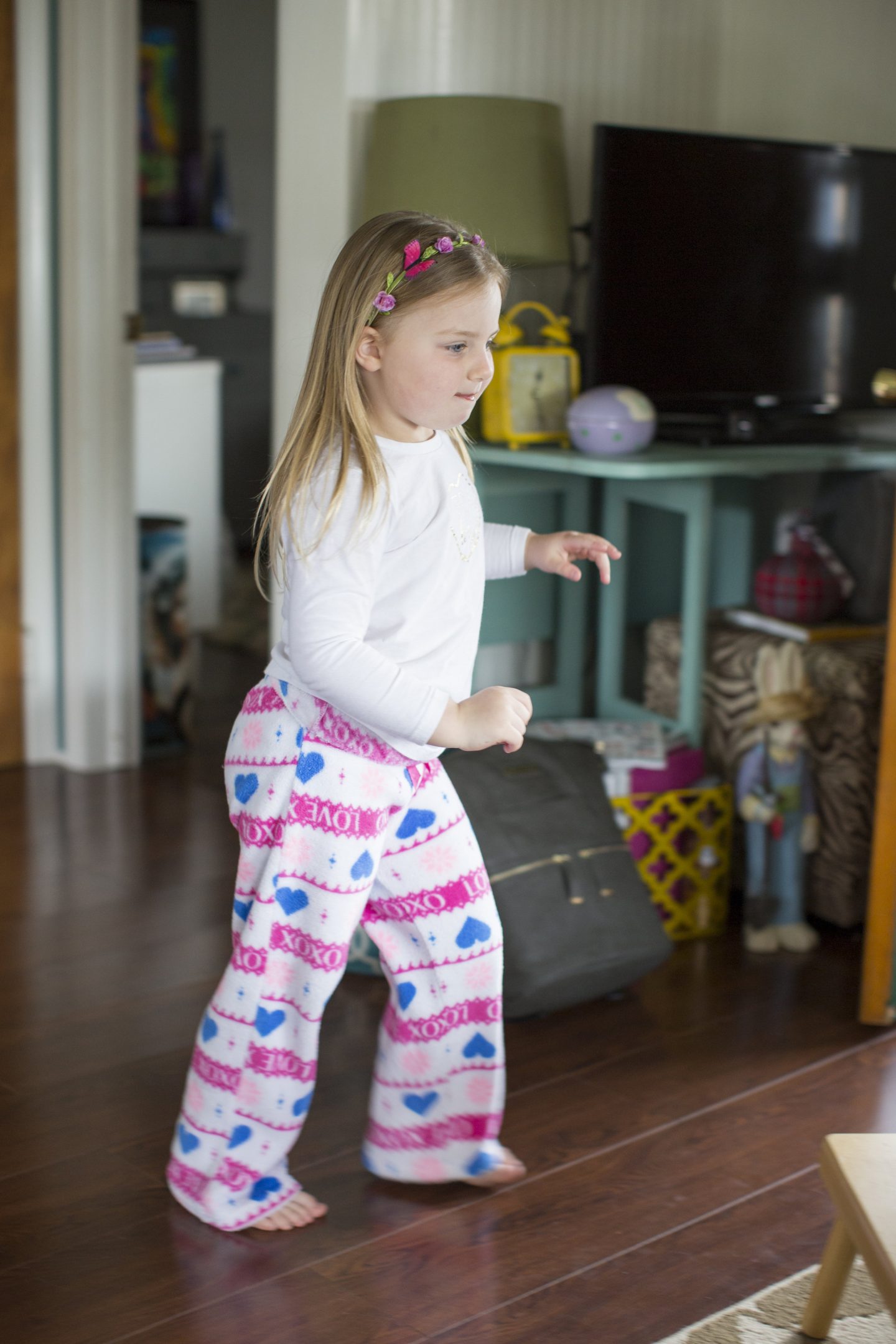 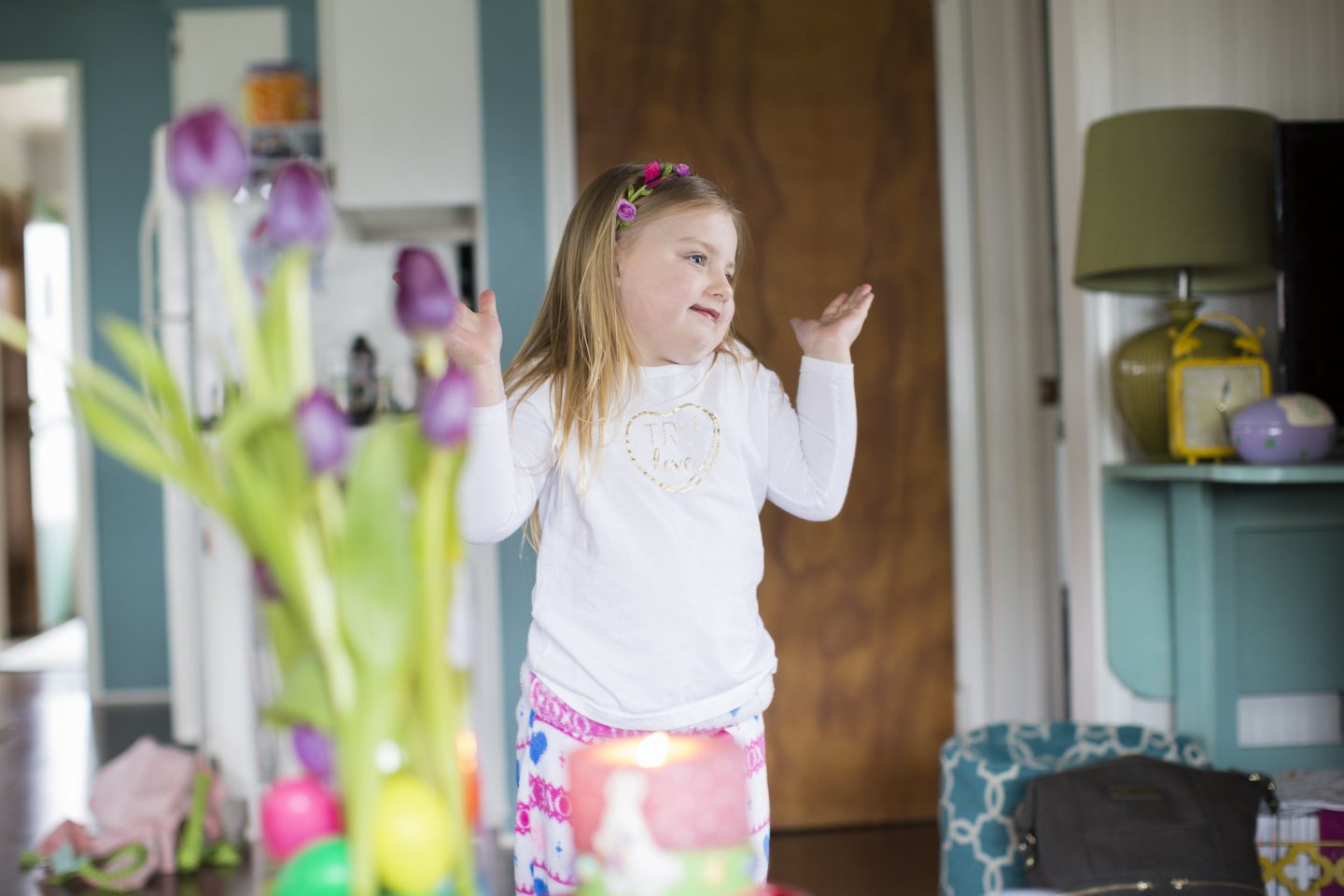 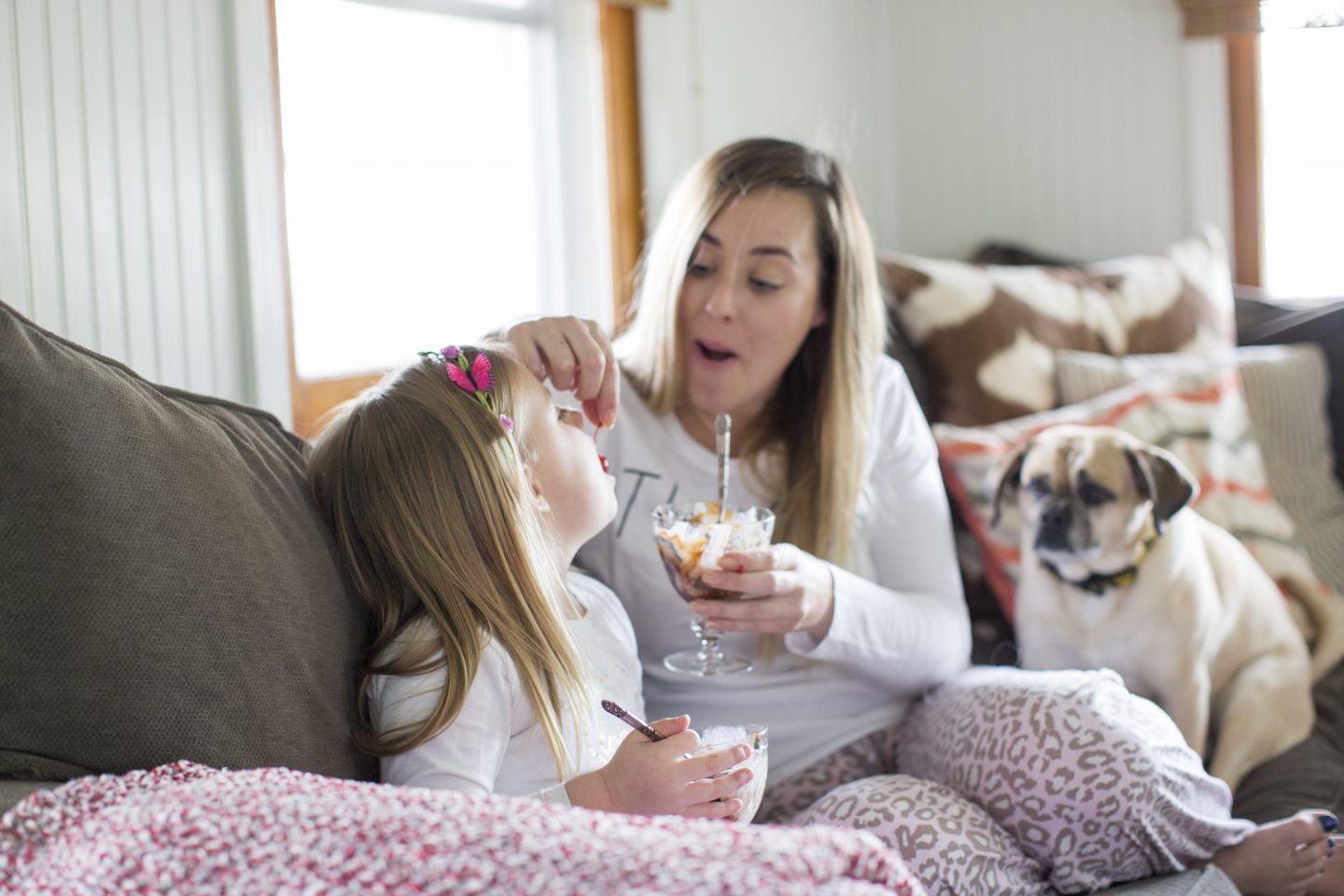 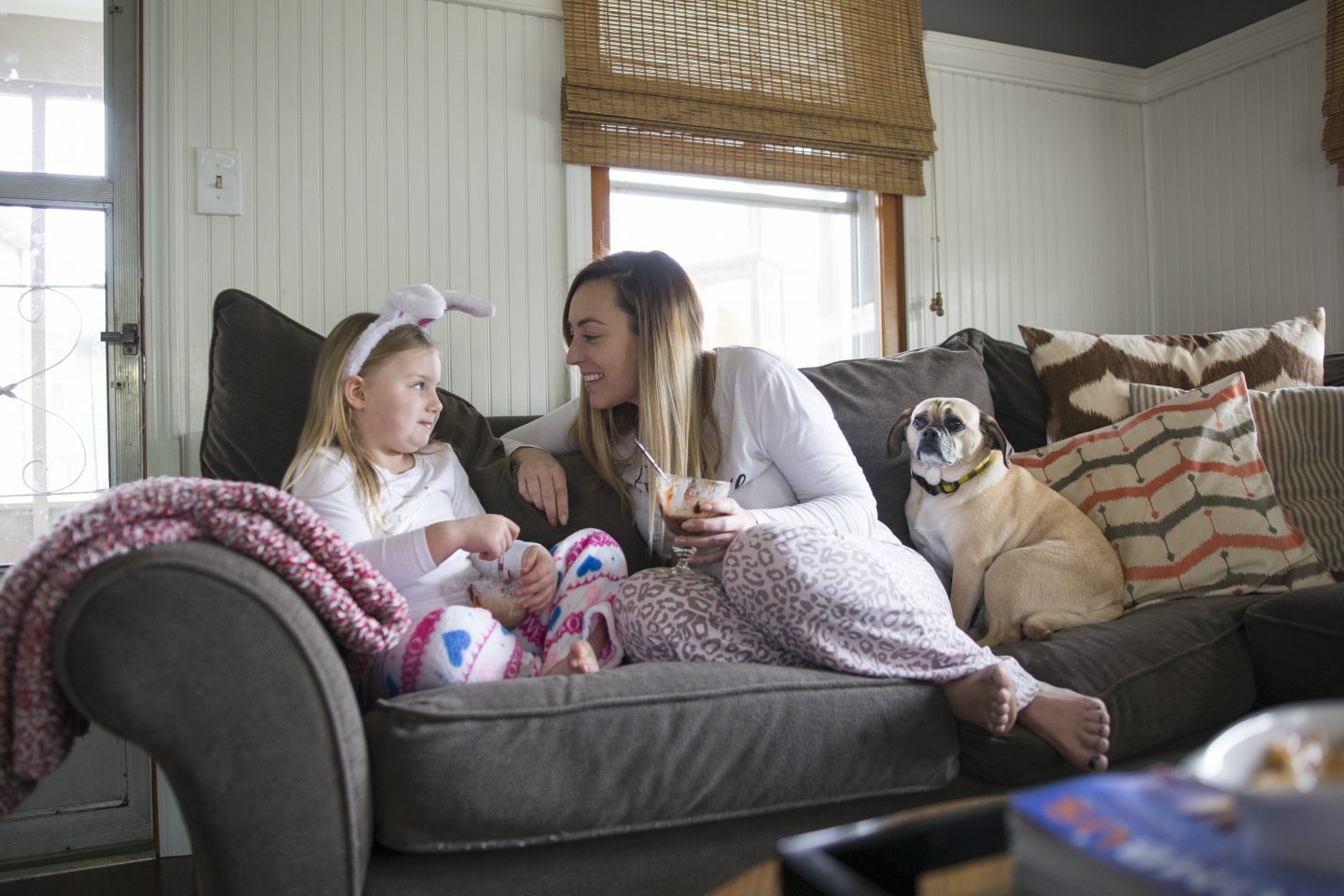 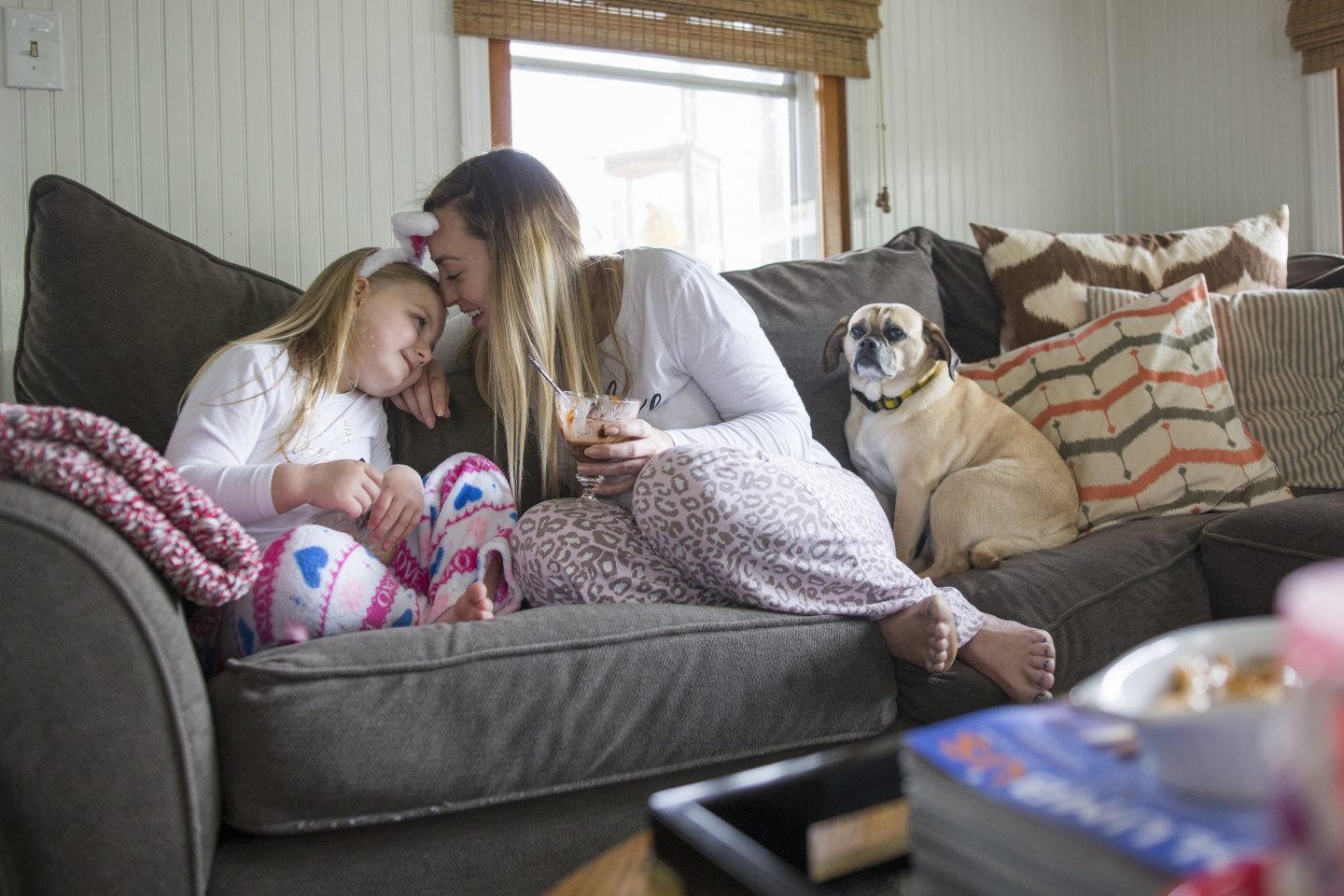