We had a pretty Basic weekend on my end of things, fun but nothing too out of the ordinary. It isn’t often that we do anything on Friday nights and this past weekend was really no different. We tossed around the idea of attending the Bacon Festival at Columbus Commons but the looming threat of storms and a torrential toddler meltdown kept us safely at home. 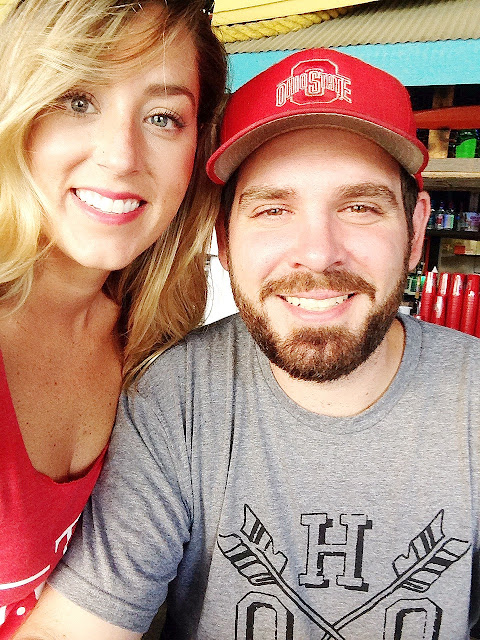 Her Shirt       | |      His Shirt
Saturday, Zach and I were granted exactly 2 hours and 40 minutes of child free time to hit campus and relive our college youths. We actually did a fantastic job of cramming everything but attending the actual football game into our short amount of freedom. 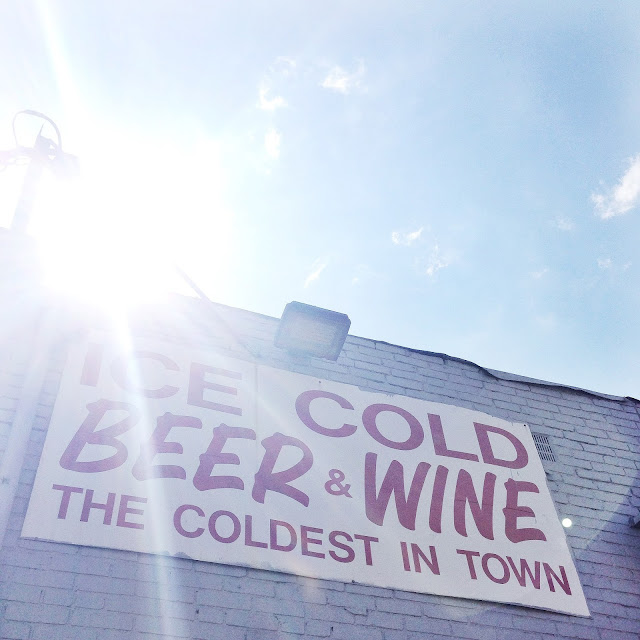 Ugly Tuna and Bier Stube, it doesn’t get much more college than that. The Bier Stube has been there since before my parents attended Ohio State, nothing has changed and those are my favorite kind of bars. 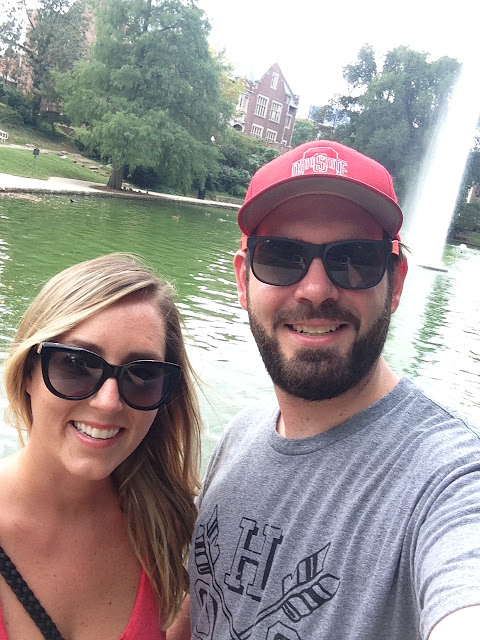 Quick selfie at Mirror Lake.
After a couple shots at each bar before noon, so college again, we hauled it across campus to hit the tailgates before our carriage turned back into a pumpkin. 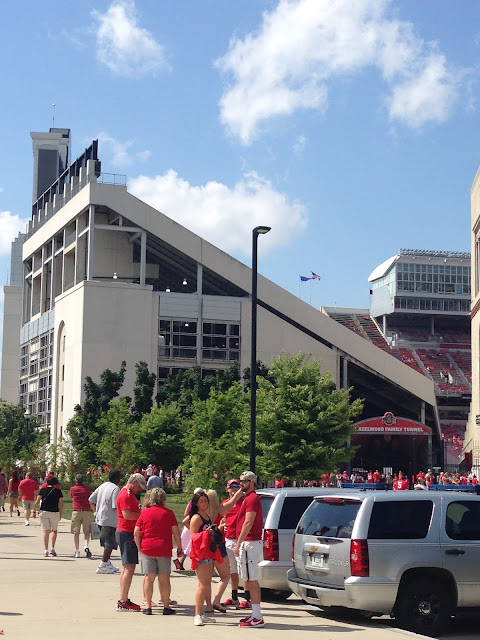 We took the long way just to get a glimpse of The Shoe.
There is nothing more beautiful on a Saturday afternoon. I LOVE The Ohio State University! 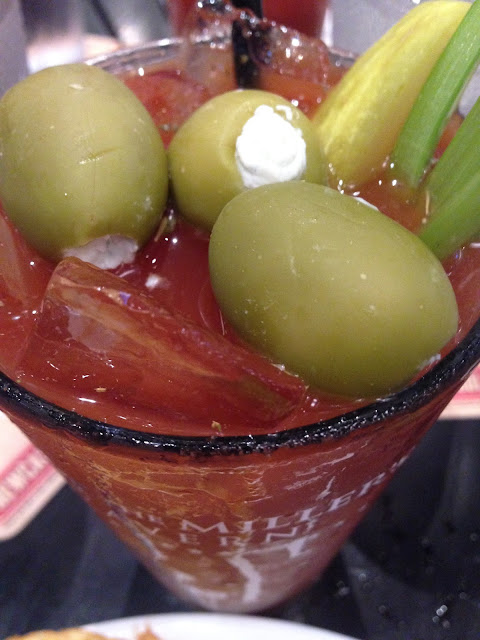 Sunday September 11th, while this day is shrouded in so much sadness for so many it is my parent’s wedding anniversary. They celebrated 34 years of marriage this year and I have to say their relationship is something I am proud to come from and it has been such a good example of true unwavering love. While our conversation was mostly dictated by the gruesome events of 15 years ago, as I watched Evelyn coloring without a care in the world, I pondered how I would one day explain to her how ugly of a world it can be. 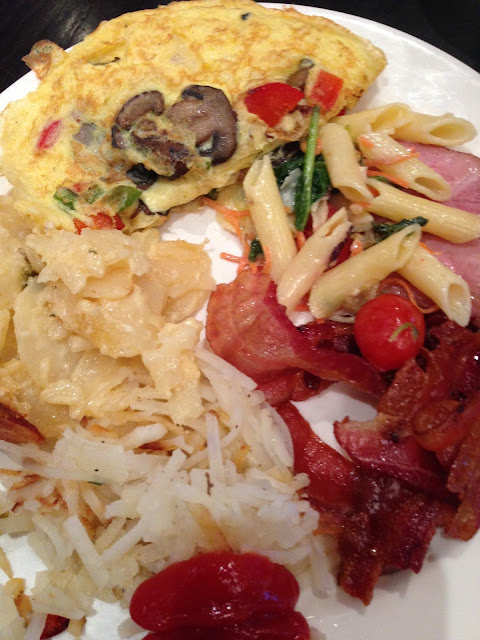 We started the day at Matt the Miller’s Tavern for brunch with family and to celebrate my parental units. It is one of my favorite brunch buffets in Columbus and I clearly don’t hold back when perusing the buffet. 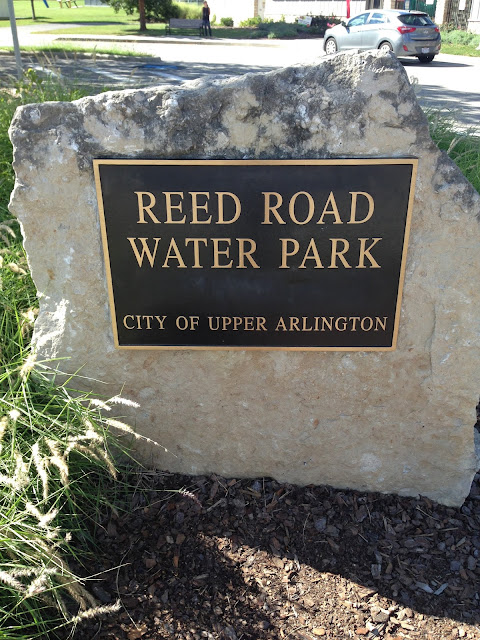 I have joined an NFL Fantasy Football League for the first time. I figured since so much of my time is spent watching football I might as well have something invested. Ezekiel Elliott was my first pick (Go Buckeyes!), I’m on track to win my first week (knock on wood) and I now have a new found obsession with NFL football and my fantasy team.
While most of Sunday was dedicated to football we did break for a fun event held by Upper Arlington’s parks and recreation department. 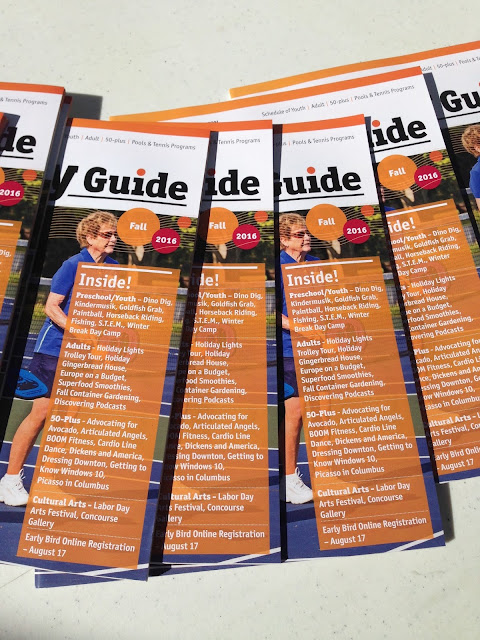 Every summer after they drain the pools Upper Arlington hosts a Goldfish Grab.
If you haven’t perused the UA Activity Guide (pictured above) be sure to check it out! There are all kinds of fun events for kids of all ages, adults and senior citizens, Upper Arlington offers a ton of ways for people to be active in the community. 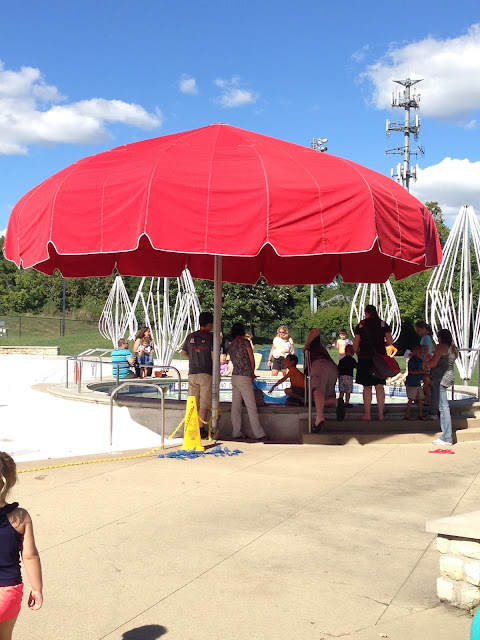 You bring your net, jump in the kiddie pool and chase goldfish until you catch one to bring home.
$5 Residents | $6 Non-Residents 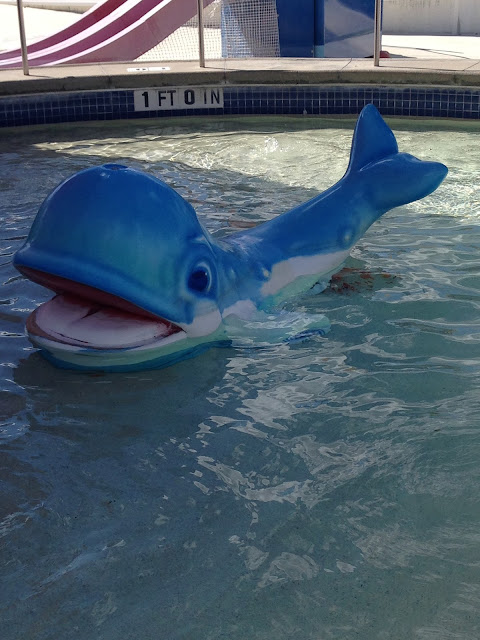 There is a clump of scared goldfish huddled under the tale of the whale. 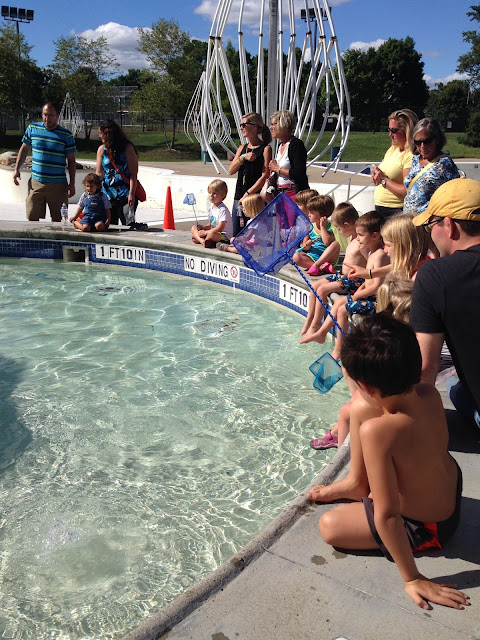 Kids all anxiously awaiting to chase down and net the newest member of their aquariums. 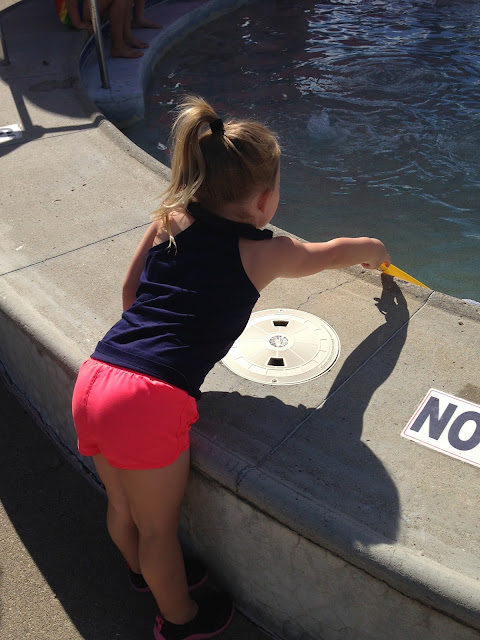 It was pretty entertaining watching these poor goldfish dart all over the pool trying to dodge the frantic nets coming at them from every direction. 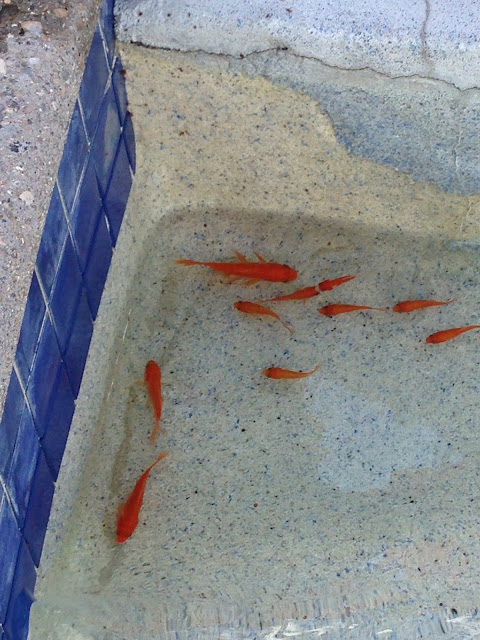 I felt bad for the fish. It’s the liberal in me. 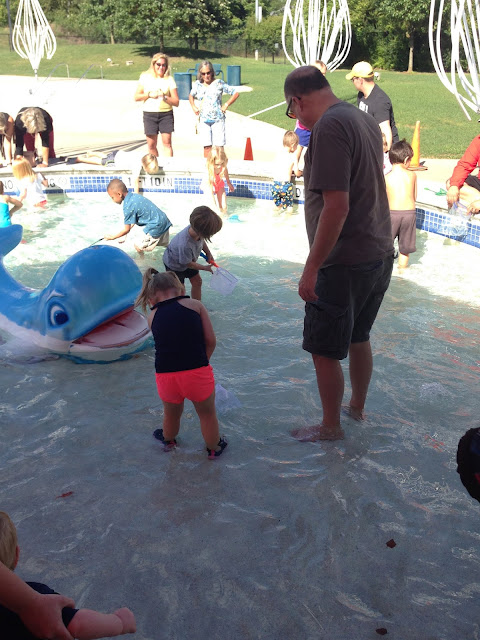 Poppy made sure we left with the biggest and least dead looking goldfish from the the pool! 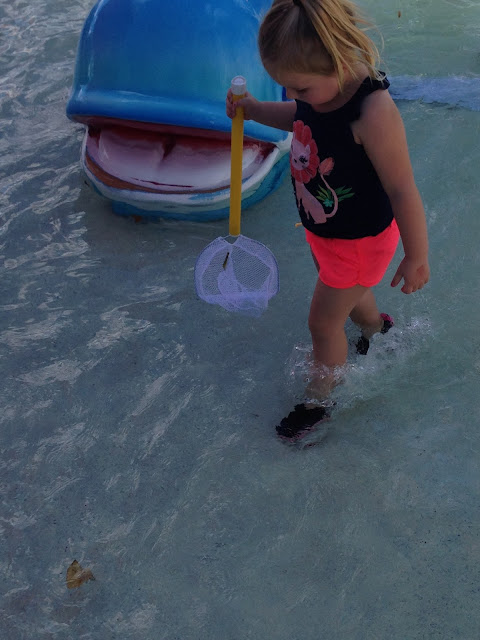 After the first goldfish charged Evelyn, sister was not having and it would not set a another toe in the water. She did all her fishing from the safety of dry land where no giant goldfish could attack. 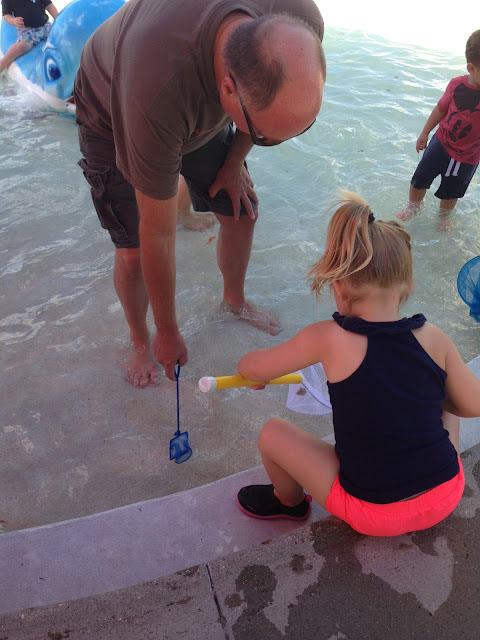 Amber’s weekend was pretty basic as well. They often travel to southern Ohio on the weekends to be with family and friends and this weekend was no different. 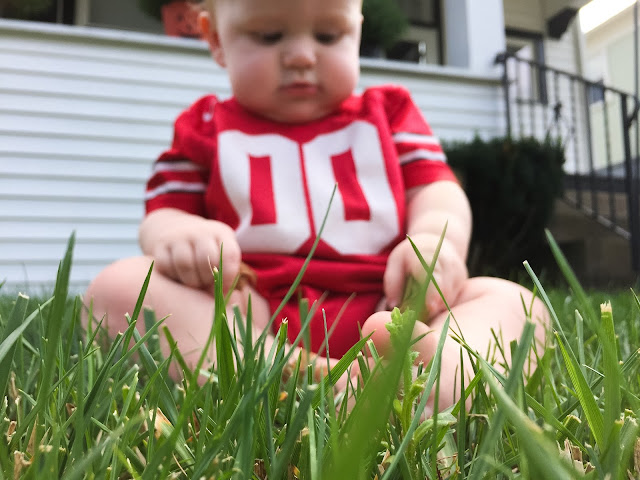 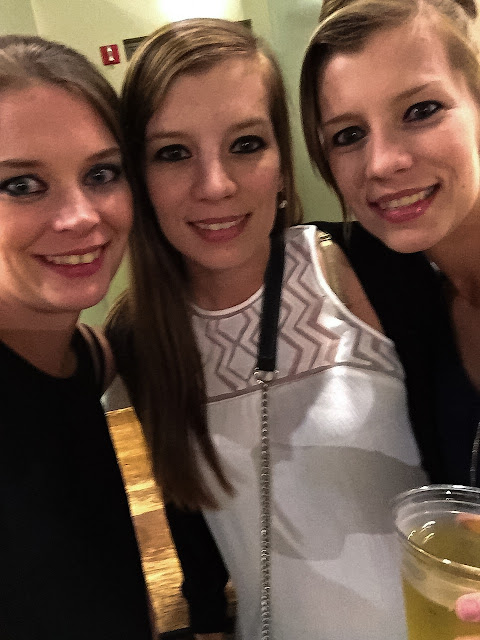 Amber and her Twin Sisters, Denise and Dana.
I’m almost positive in that order… it’s insane how identical they are!
They surprised Amber Saturday night and showed up unexpectedly! 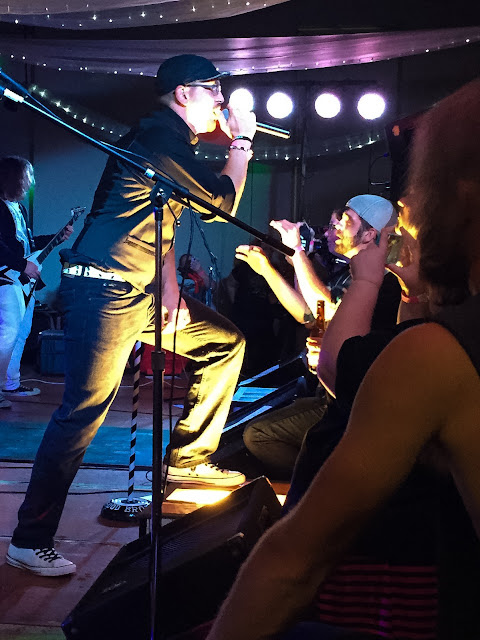 Amber’s Husband, Jeremy is the lead singer of a heavy metal band from Wheeling, WV, Resistance13. 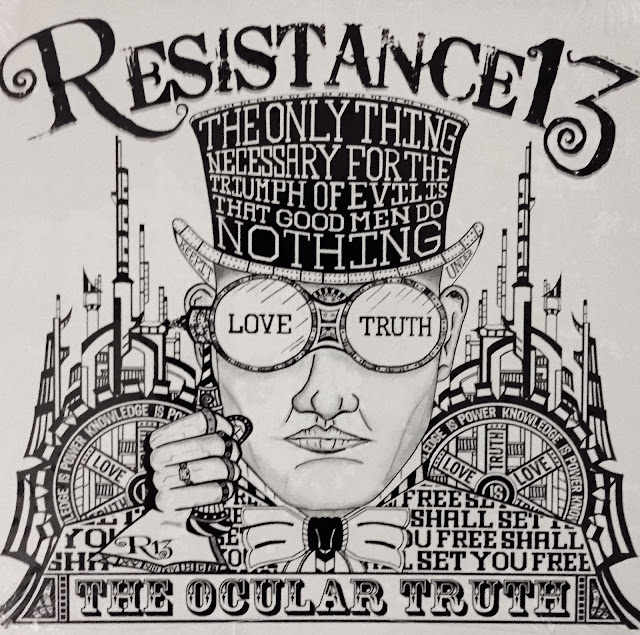 Resistance13 hosted a big event Saturday night for their album release party at River City Ale Works that showcased several local bands including NeverWake and the return of Chaos Killed. 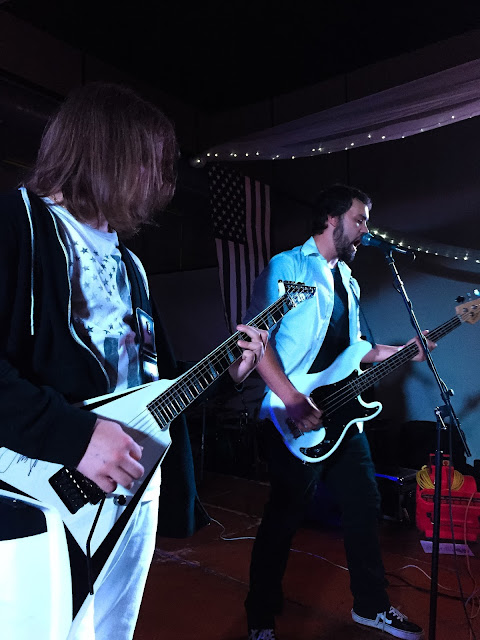 The new album, The Ocular Truth is available on Spotify & Itunes. 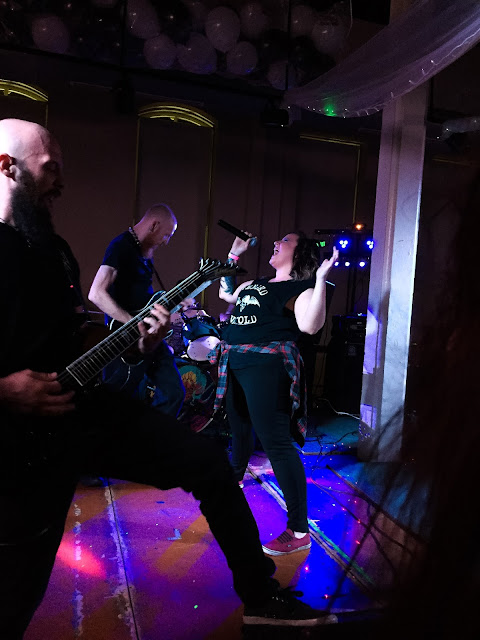 Another heavy metal band in attendance was Defy the Tide. 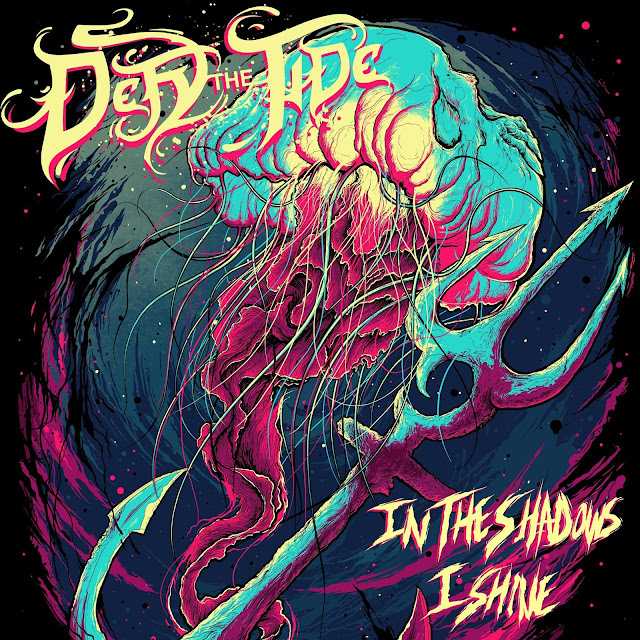 Defy the Tide also has a new album out, In the Shadows I Shine. 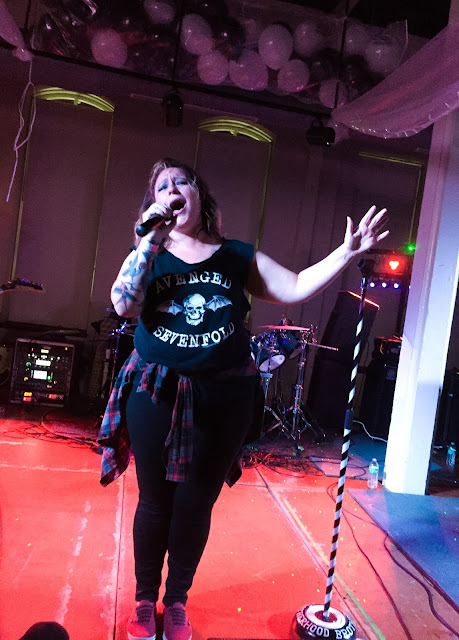 We hope everyone had a fabulous weekend! If you haven’t entered the GIVEAWAY for the FREE 16×20 painting from Canvas Creations don’t forget to enter!
There is going to be an exciting announcement for a really fun GIVEAWAY later this week, so stay tuned!